NAMRIA Administrator, Usec. Peter N. Tiangco, PhD, facilitated the oath taking of the newly elected officers of the Organization of NAMRIA Employees (ONE). The oath-taking ceremony was held at the boardroom of the NAMRIA Fort Bonifacio Office, Taguig City on 28 February 2022.
The ONE officers who took their oath of office were the following: Ronaldo C. Gatchalian, President; Celeste E. Barile, Vice President; Jeffrey A. Quodala, Secretary; Aileen H. Argente, Assistant Secretary; John Michael B. Hita, Assistant Treasurer; Zenaida A. Leaño, Public Relations Officer; Jenny P. Insigne, Business Manager; and Nikki Aimee B. Escandor, Auditor. The following branch representatives also took their oath of office: Rosalyn D. Sontillanosa for Geospatial Information System Management Branch; Rana Monica P. Gregorio and Keith C. Lagunday for Hydrography Branch; and Ma. Luz H. Gigantone for Support Services Branch. Those who were not present during the event were Liberty L. Caluya, Treasurer and the respective representatives for Mapping and Geodesy Branch and Resource Data Analysis Branch, namely: Lailah B. Gealone and Filda Sonia T. Viloria.
Aside from Administrator Tiangco, Chief of Staff (COS) Rowena E. Bongalos and Committee on Elections (ComElec) Chair Thelma F. Morales and member Dexter K. Dag-uman witnessed the event.
In his speech, ONE President Gatchalian thanked Administrator Tiangco for his unwavering support to ONE, most notably, in the granting of the collective negotiation incentive for FY 2021 to all employees last December. Administrator Tiangco, in his response, congratulated the newly elected officers and vowed his continued support in all undertakings and activities of the organization.
The election was made possible by ComElec which conducted it virtually for the first time. The virtual election was held on 11-16 February 2022, where about 56% or 325 out of 578 ONE members participated. The newly elected officers, who all ran unopposed during the election, will serve ONE until the first week of February 2024. 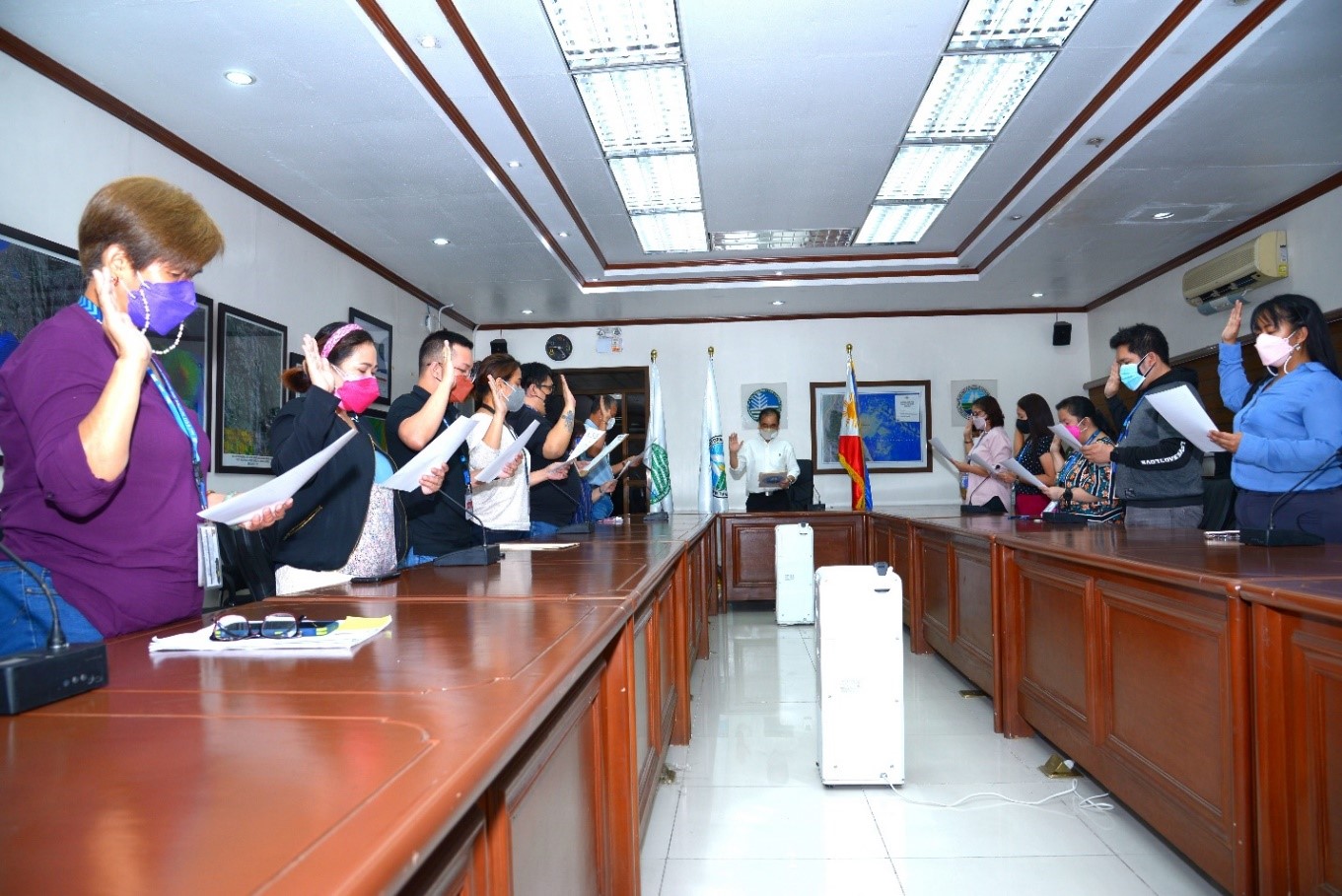 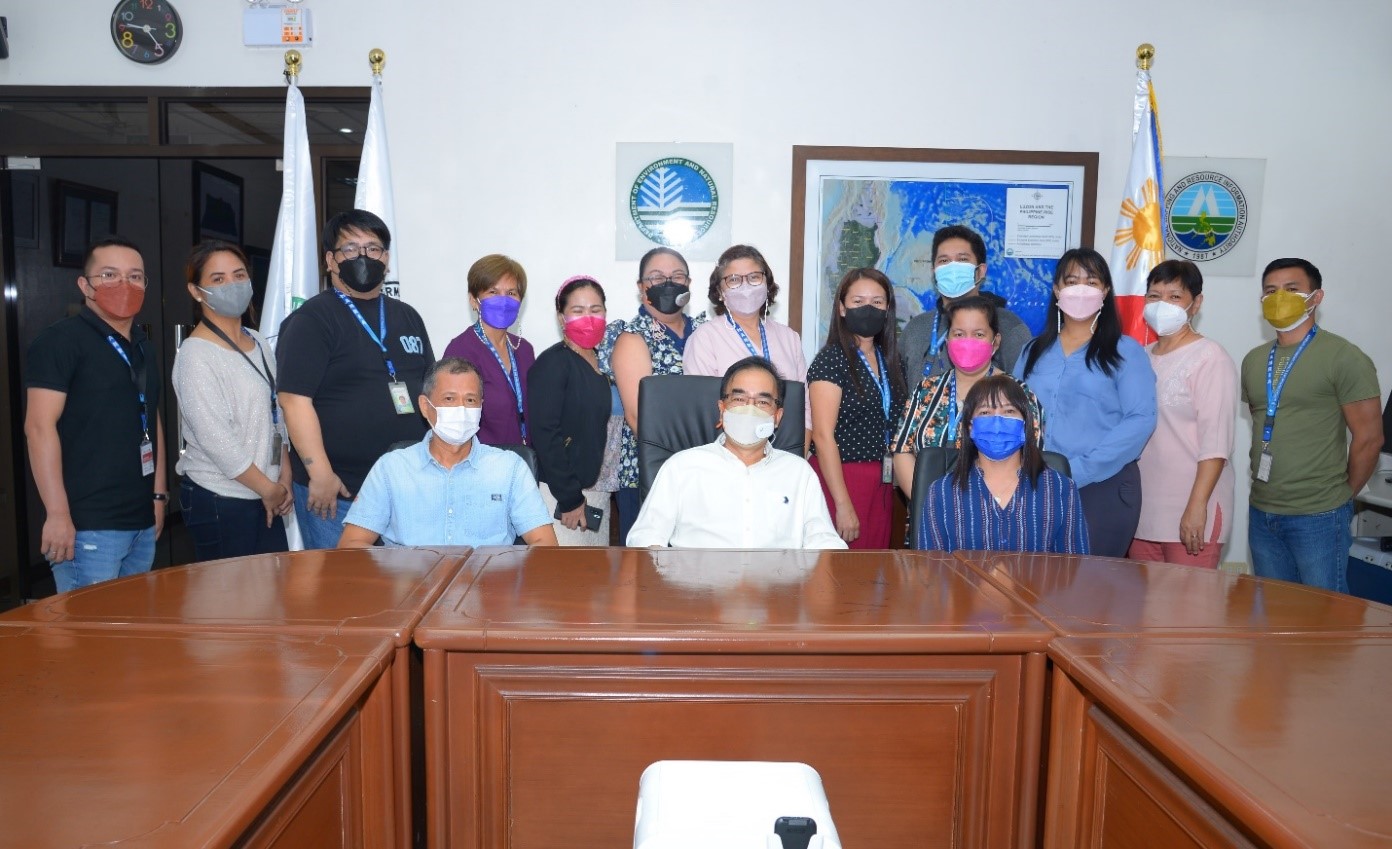