A NAMRIA Camera Club (NCC) entry bagged the eighth place of the Photo World Cup PWC) 2015 sponsored by the Federation of Philippine Photographers Foundation (FPPF).  The judging of entries was held in one of the rooms on the second floor of the Philippine Chamber of Commerce Building in Intramuros, Manila on 05 December 2015.
The entry of Mr. Rowel G. Razal for the November “Water is Life” theme emerged as one of the top 12 among the 150 submitted entries of professional and amateur photographers from 35 camera clubs nationwide.  From 60 semi-finalists, the entries were narrowed down to 30 which was later trimmed down to 12.  Mr. Razal’s entry, a composition of waterfalls and rainbow, caught the meticulous eyes of the judges and was chosen as the eighth best entry.
Relative to this recognition, Mr. Razal along with other members of the club have previously entered the top 30 and 60 categories in various months of 2015. Romel J. Francisco was a finalist in the March “Sleep” theme; Mr. Razal a semi-finalist in the April “Gold” theme; Eriberto N. Brillantes and Mr. Francisco, finalist and semi-finalist respectively in the May “Solitude” theme; Romulo S. Narcida Jr., Mr. Francisco, and this writer, semi-finalists in the June “Pinoy Summer” theme; Mr. Razal and Vener Quintin C. Taguba Jr., finalist and semi-finalist respectively in the July “Parallel” theme; Mr. Razal, finalist in the September “Buhay Kalye” theme; and Rolando A. Mendoza, finalist in the  October “Unity” theme. 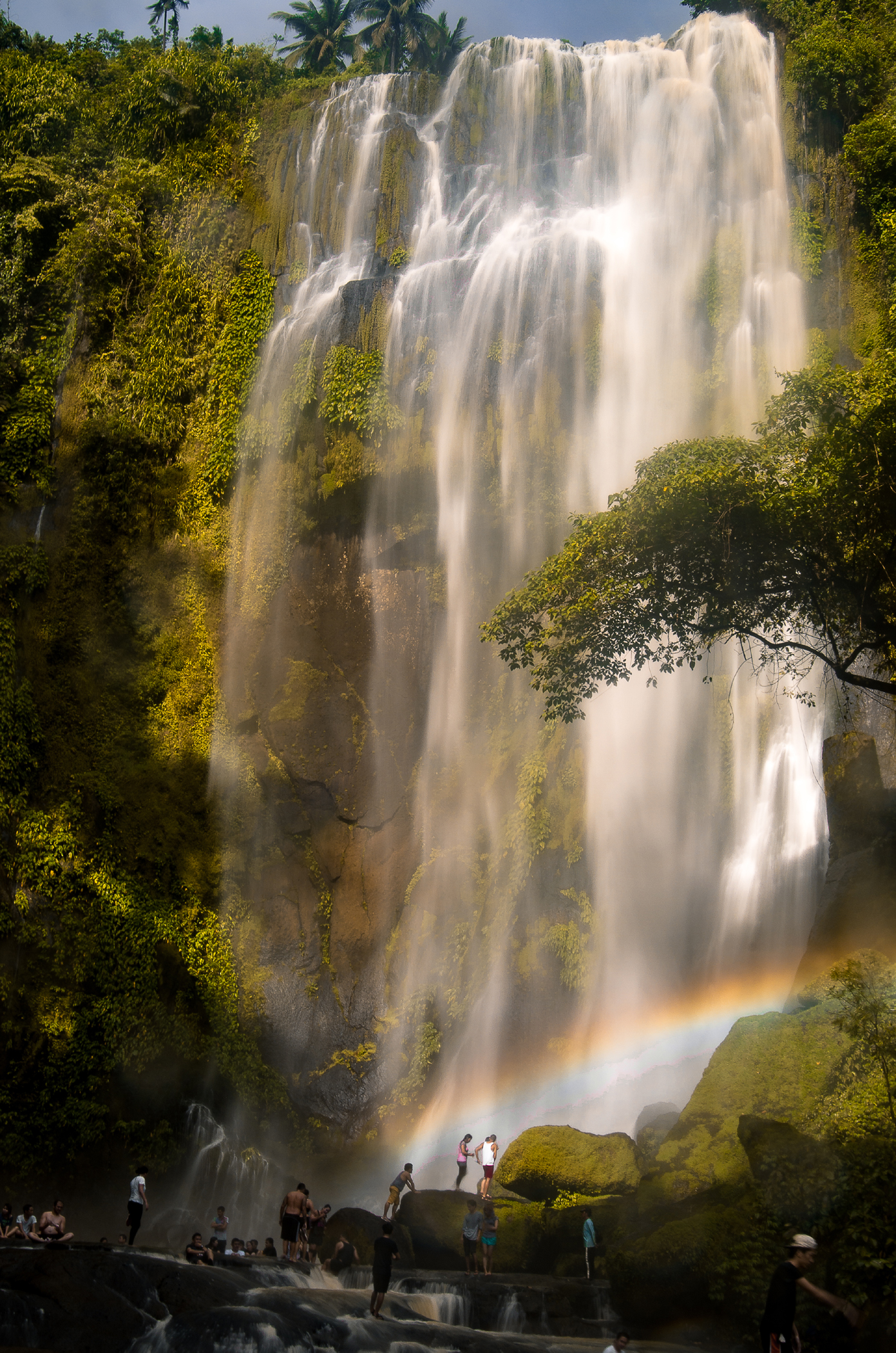 Mr. Razal's entry in Hulugan Falls, Luisiana, Laguna taken on 17 November 2015
To date, the NCC has 19 active members from the agency’s different branches and has been a member of the FPPF since 19 December 2012.