In line with the celebration of the 122nd Philippine Civil Service Anniversary, NAMRIA, in partnership with the Dangerous Drugs Board (DDB) and the barangay council of Barangay 826, Zone 89, District V of the City of Manila (Barangay 826), conducted an information campaign on drug awareness. The activity, attended by residents of the said barangay, was held at the social hall of the Archdiocesan Shrine of Our Lady of Peñafrancia (ASOLP), Paco, Manila on 22 September 2022.
The activity started with the opening remarks of Atty. Erwin B. Bellen, Chief of the NAMRIA Legal Office. He spoke on behalf of NAMRIA Administrator, Usec. Peter N. Tiangco, PhD. Attorney Bellen thanked the participants for attending the activity and discussed its objective, which was to provide information on the dangers of drug misuse and how to treat and rehabilitate those who got addicted to it.
The respective lectures of Atty. Daniel A. Adeva III and Dr. Susan P. Gregorio of the DDB then followed. Attorney Adeva discussed the salient features of Republic Act (RA) number 9165 or the Comprehensive Dangerous Drugs Act of 2002. Doctor Gregorio talked about the ill effects of drugs on the human body, addiction treatment and rehabilitation, and the client flowchart of the rehabilitation procedures. An open forum was held after the lectures.
Barangay 826 Punong Barangay (PB) Nell Dan A. Blas thanked NAMRIA in his closing remarks. PB Blas felt very much honored because his barangay was chosen as the beneficiary of the activity. He said, “Sa dami ng barangay sa Maynila, mapalad ako dahil tayo ang napili para pagdausan ng ganitong napakahalagang aktibidad.”
Attorney Adeva, Doctor Gregorio, and DDB Program Coordinator Mr. Eric V. Cabrera each received, as a token of appreciation, a framed personalized Commemorative Stamp and Official First Day Cover of the 10th Anniversary of the Adoption in Full of the Extended Continental Shelf in the Philippine Rise. There were framed NAMRIA centennial calendars for DDB, Barangay 826, and ASOLP. The activity participants and volunteers from Barangay 826 and ASOLP received repacked five-kilo bags of rice.
Mr. Erwin D. Famatiga and Ms. Caryl Ann A. Humilde of the Geospatial Information System Management Branch; and Ms. Jessica A. Quodala, Ms. Maria Isabelle A. Menodiado, Mr. Richard P. Amit, Mr. Cristito C. Pesado, and Mr. Julio G. Tiletile of the Support Services Branch provided documentation and logistical support to the activity. Mr. Famatiga took the pictures used in this article. 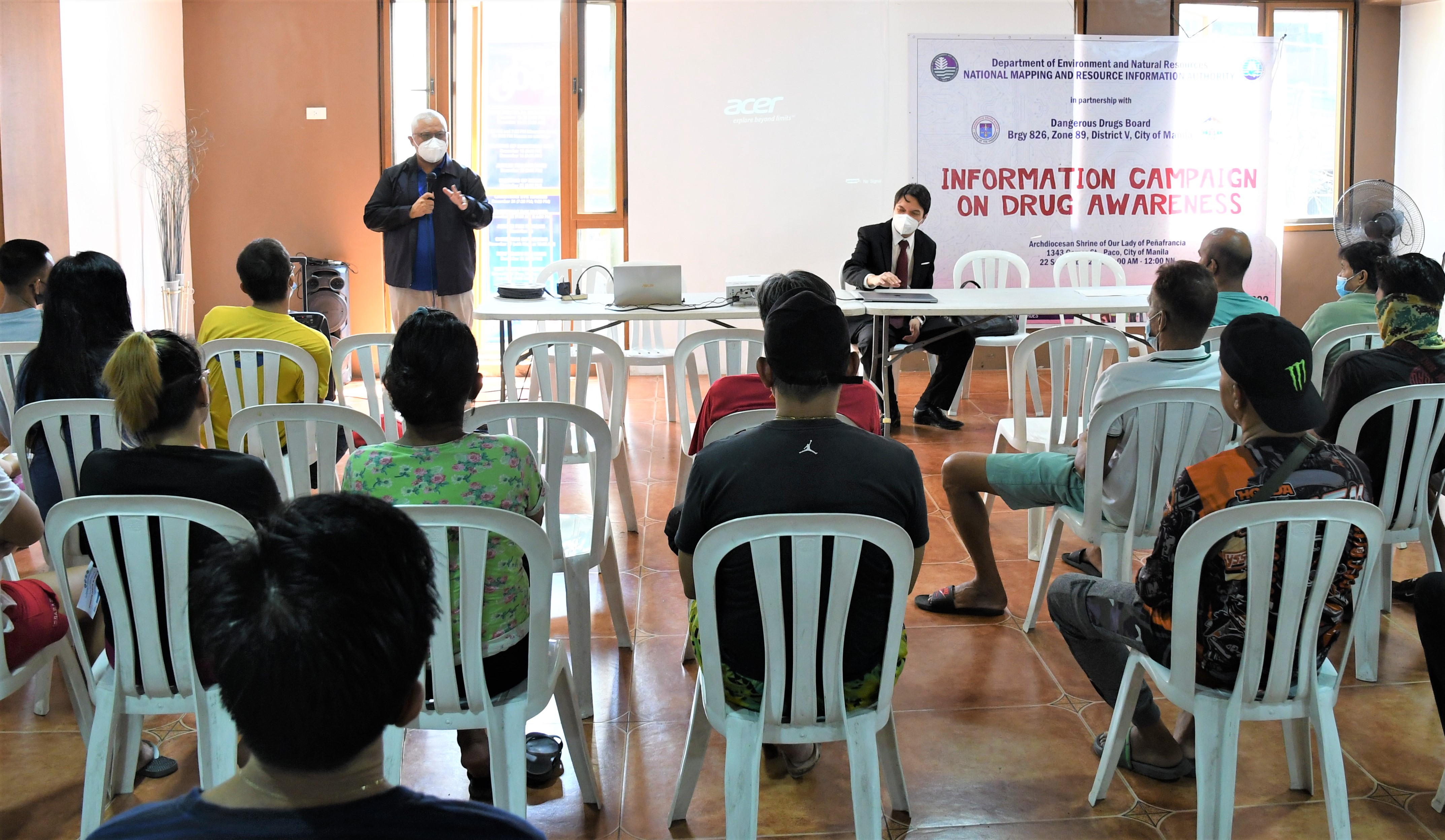 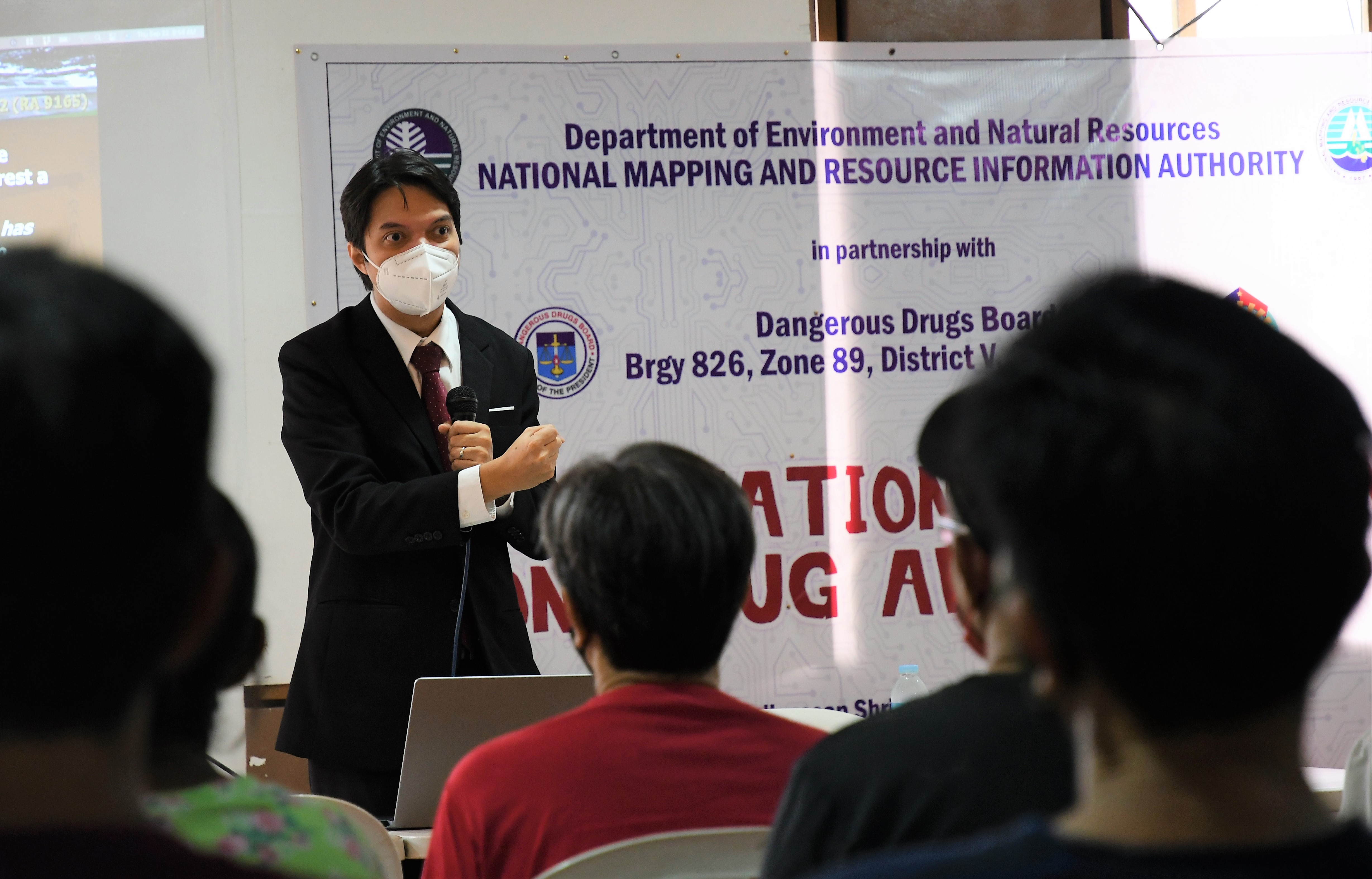 Doctor Gregorio lectures on the ill effects of drugs on the human body. Group photo with Doctor Gregorio holding her token of appreciation 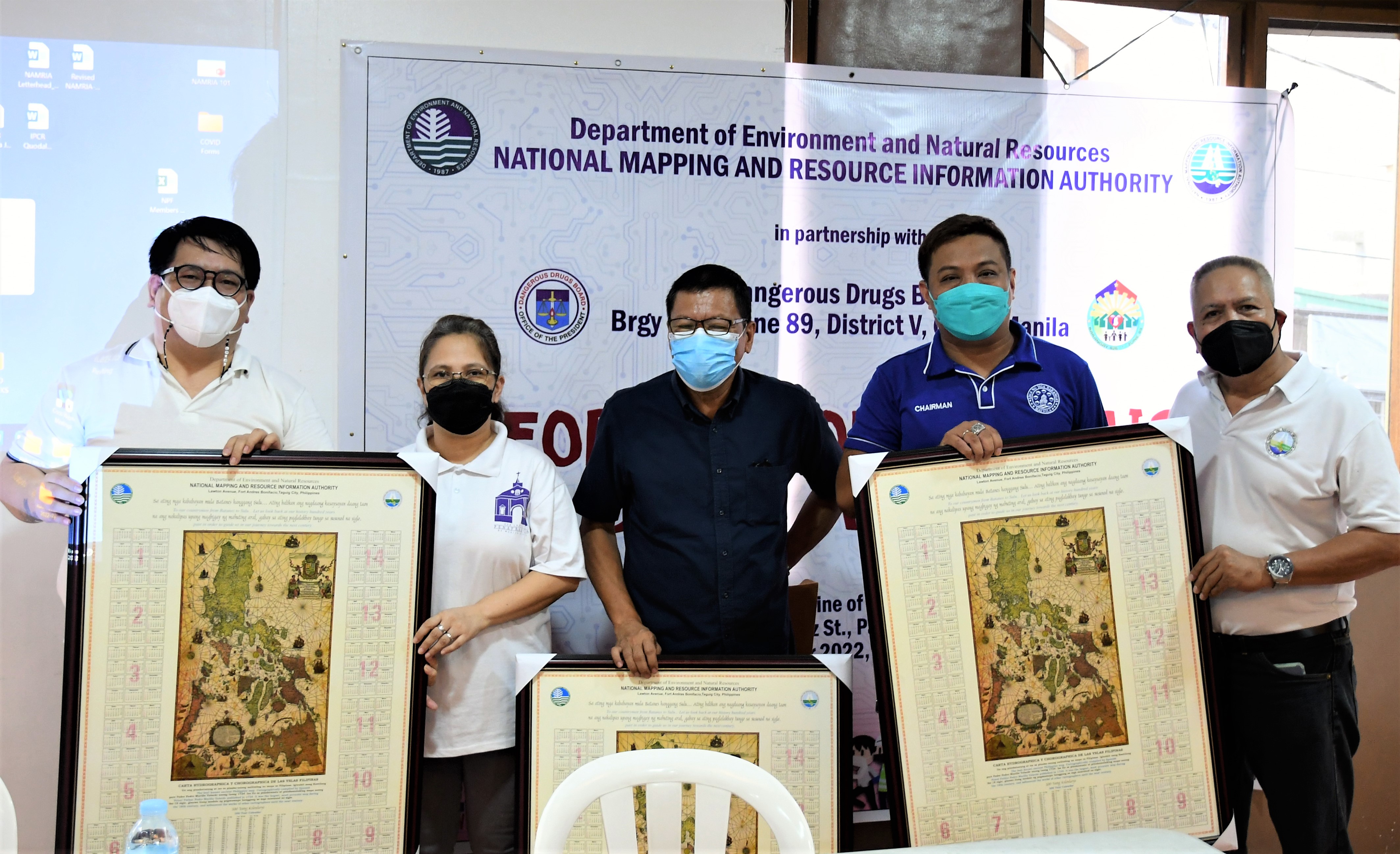 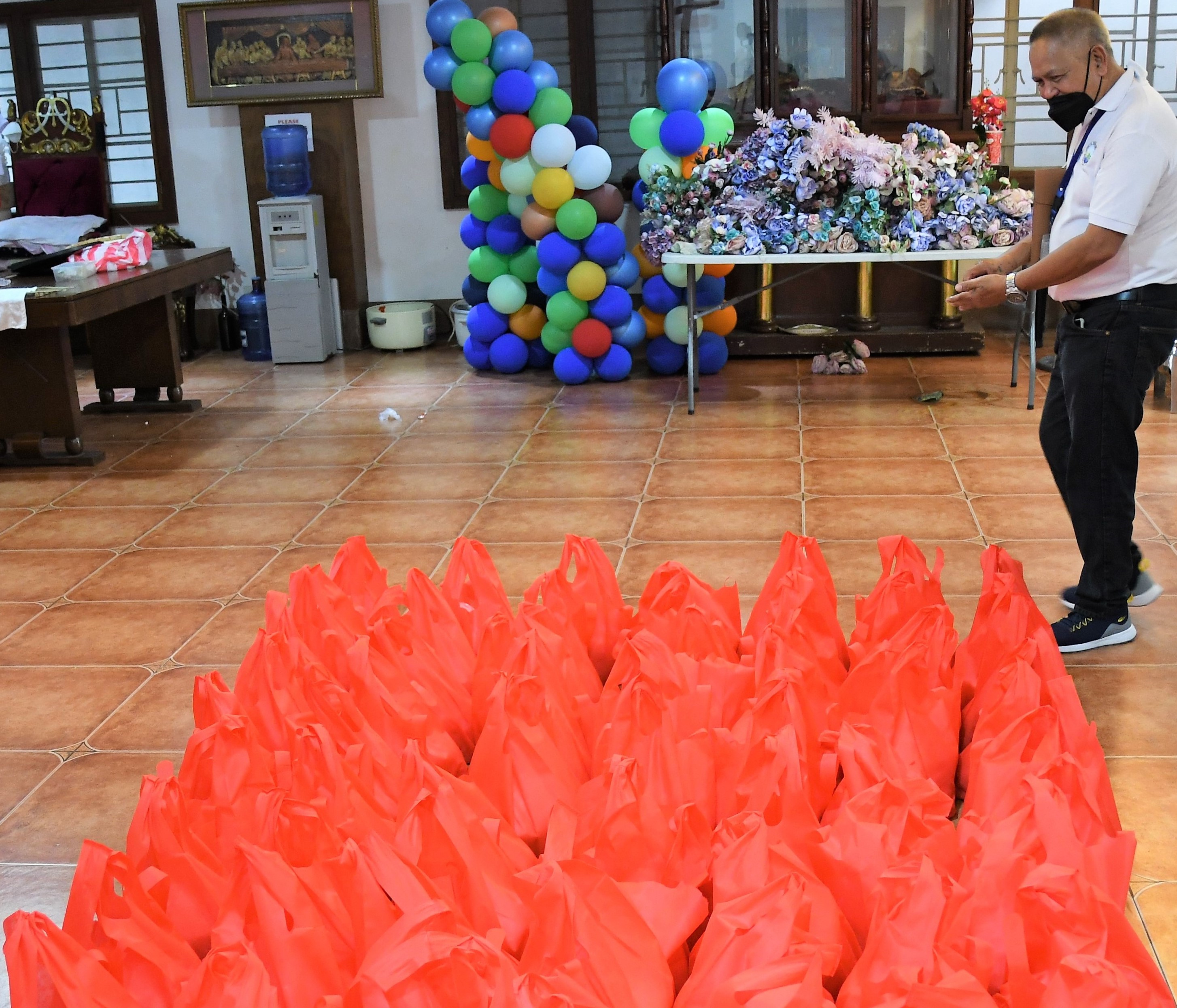 Mr. Apolonio inspects the tokens of appreciation for all activity participants and volunteers prior to their distribution.