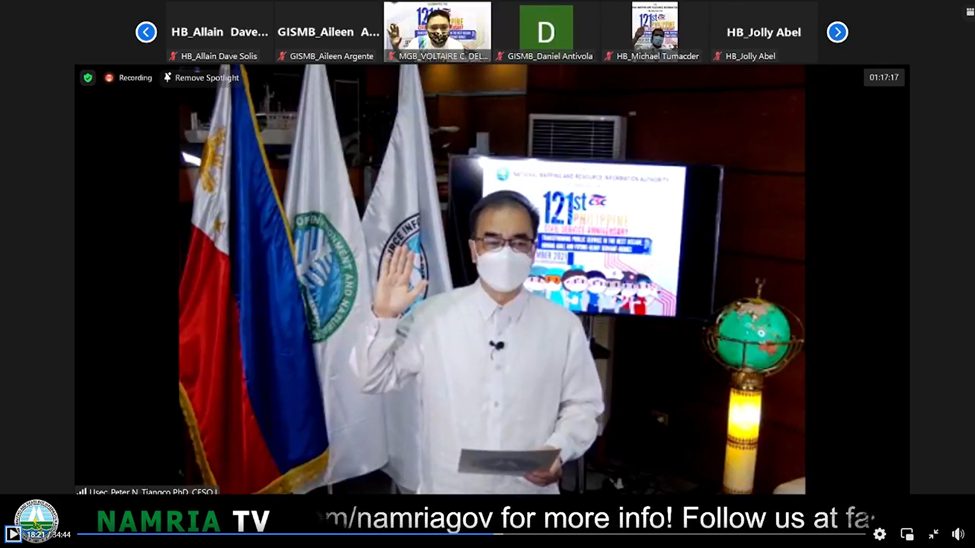 Administrator Tiangco virtually administers the oaths of office of... 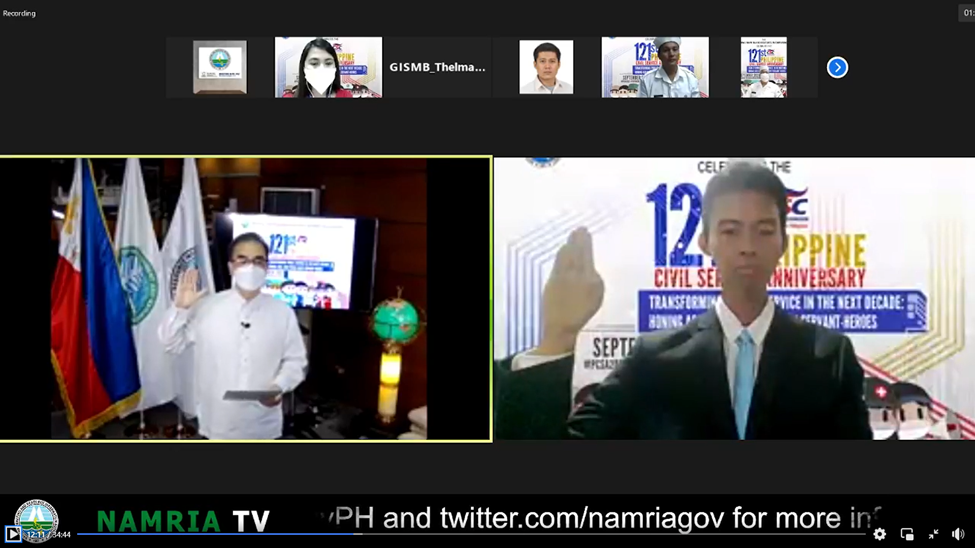 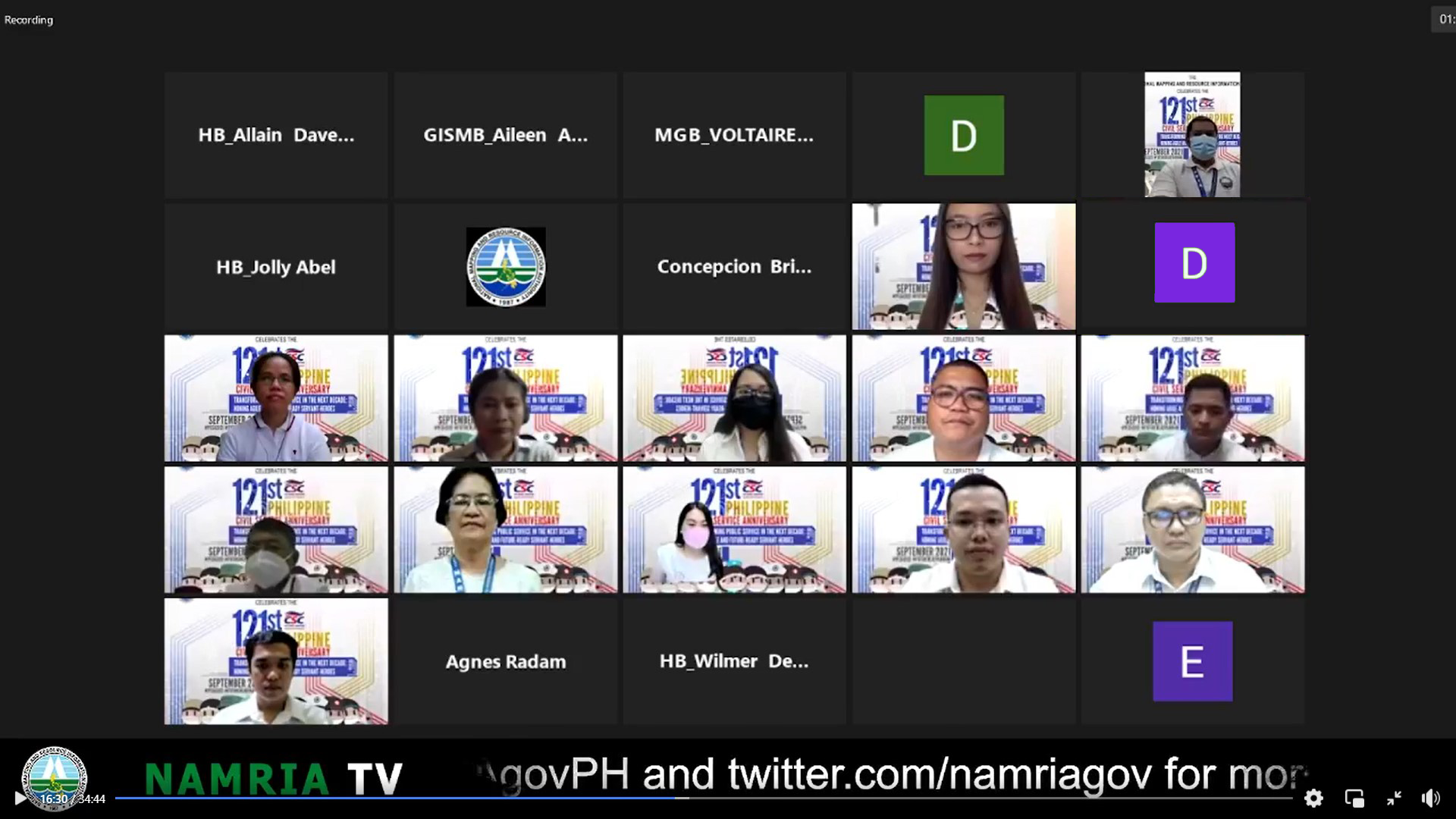 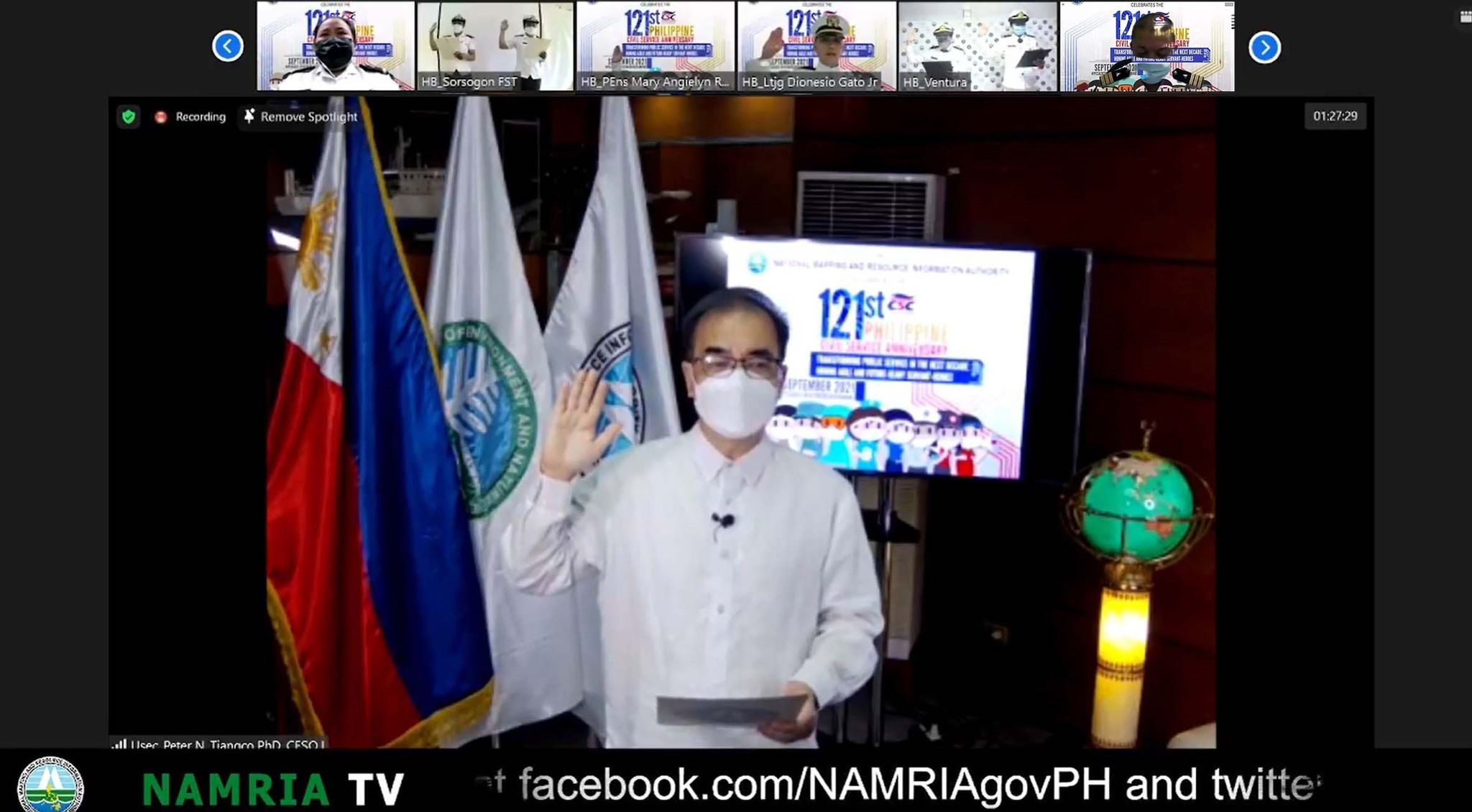 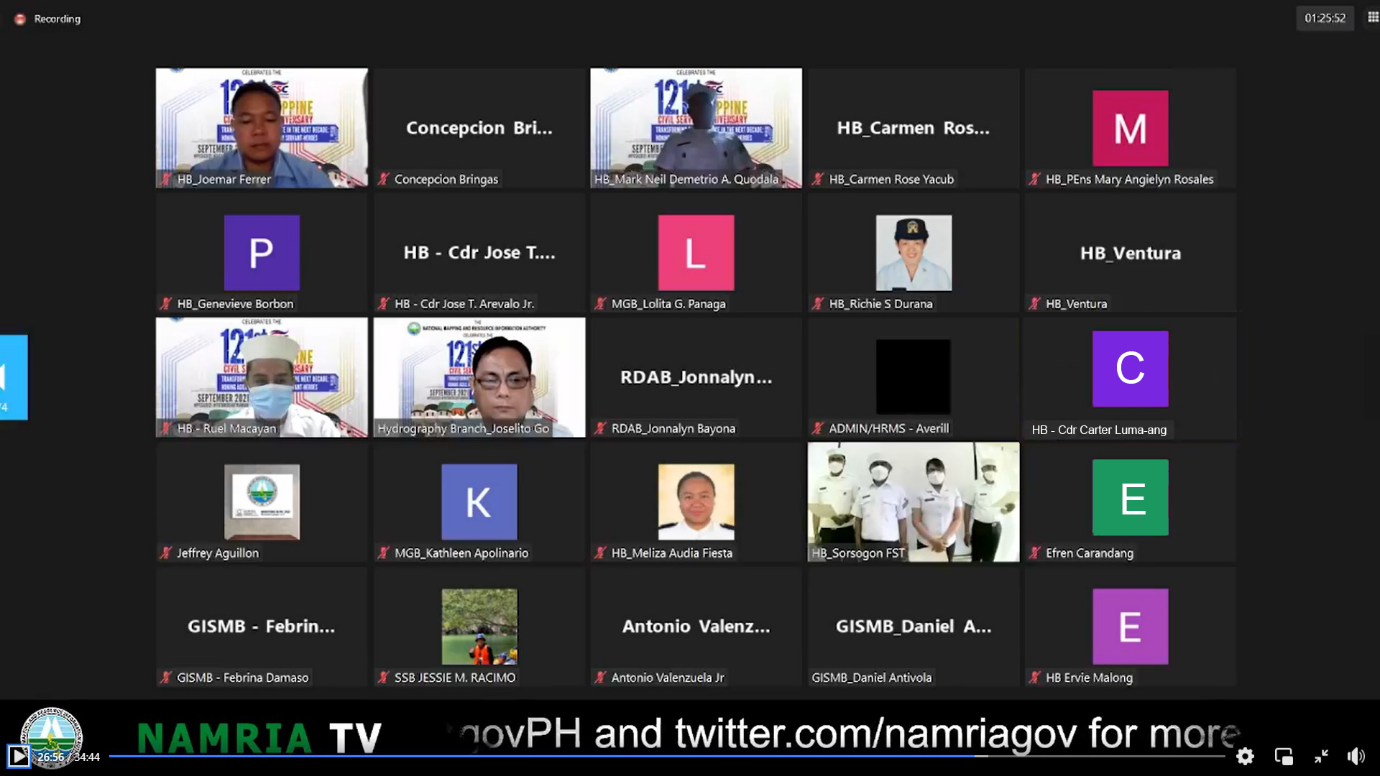 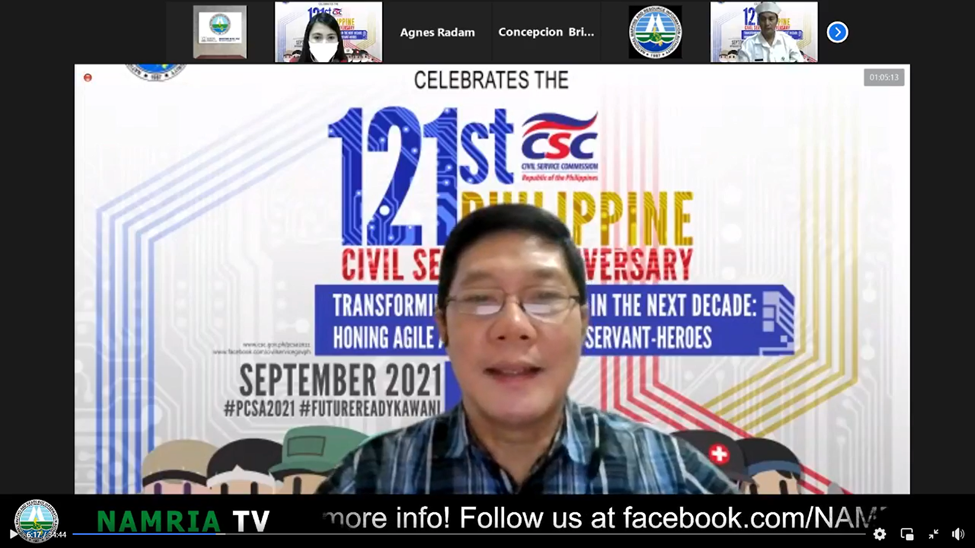 OIC-DA Fabic gives his opening message.
Officer in Charge (OIC)-DA John Santigao F. Fabic, Chairperson of the NAMRIA Human Resource Merit Promotion and Selection Board then welcomed the appointees in his opening message.  He told them they made the right decision to work or remain to work in NAMRIA and that they have proven, by going through the tedious selection process, that they are the best out of the best.  He said they will learn a lot from working under pressure especially while working in the new normal.  According to him, the agency expects no less than their full dedication towards their work, for each one of them will be the reason behind NAMRIA’s continued success as a locally- and internationally-recognized organization. 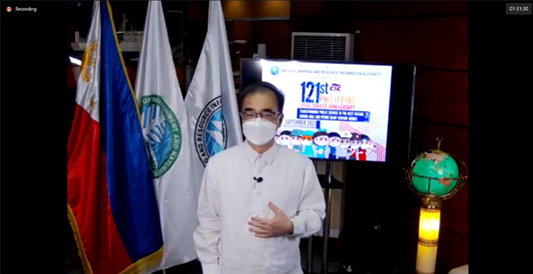 Administrator Tiangco addresses NAMRIA's newly hired and promoted employees in his inspirational message.
In his inspirational message, Administrator Tiangco congratulated the appointees and spoke of the welcome development of their officially being public servants in NAMRIA.  He cited their instrumental role in helping the agency deliver the outputs expected from it, despite the challenges of the ongoing COVID-19 pandemic and the ensuing belt-tightening measures of the government.  He called on the appointees to provide the best service to all of the agency’s clients both in terms of quality and quantity.  He also told them to remember always that amid the challenges, those new in their work are not expected to know everything they need to know.  He then asked the agency’s supervisors, those in the higher levels, to be patient in teaching and to also care for their newly hired colleagues.
Catherine T.  Yacub of SSB emceed the event while the following introduced the respective batches of oath-takers: Thelma F. Morales of GISMB for the newly elected internal auditor of NPF; Daniel Paulo T. Bacsafra and Averill Q. Pilar of SSB for the civilian employees; and Ens. Meliza Audia G.  Fiesta of HB for the NCOs and COs.  HB Assistant Director for Operation, Cdr. Jose T. Arevalo Jr.,  read the Promotion Letter from President Rodrigo Roa Duterte while HB Assistant Director for Administration, Cdr. Carter S. Luma-ang, read the Appointment Letter from the NAMRIA Administrator.  The NAMRIA Chorale participated in the program through their singing of the opening prayer and of the National Anthem. Jeffrey A. Aguillon of GISMB provided technical support for the conduct of the event.