NAMRIA Administrator, Usec. Peter N. Tiangco, PhD, CESO I, administered the oath-taking of nine newly appointed probationary ensigns and two promoted non-commissioned officers of the Hydrography Branch (HB) on 19 February 2021.  The ceremony was held virtually and was streamed to the public via YouTube. 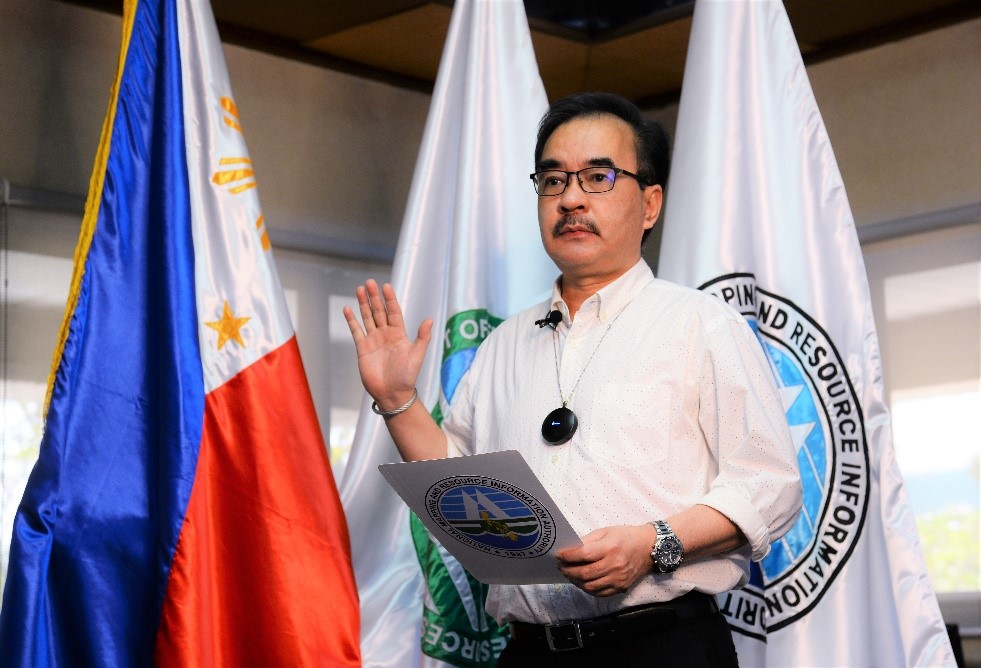 Non-commissioned officers, PO2 Ragay and PO2 Dulay, are shown here during the oathtaking ceremony.
Probationary Ensign Mendoza delivered a message on behalf of the Probationary Ensigns.  She pledged to uphold the integrity of NAMRIA uniformed service and assured to fulfil the mandates and responsibilities of the position.
In his message, Administrator Tiangco congratulated the appointees and promotees.  He emphasized to his audience the importance of NAMRIA in the economic and social development of the country.