NAMRIA spearheaded, through the Mapping and Geodesy Branch (MGB), the conduct of an Information, Education, and Communication (IEC) campaign for Region IV-A on the Modernization of the Philippine Geodetic Reference System (PGRS) at the Taal Vista Hotel, Tagaytay City on 20 November 2018.  It was the fifth in the series of campaigns being conducted to increase the awareness of stakeholders on the PGRS modernization. 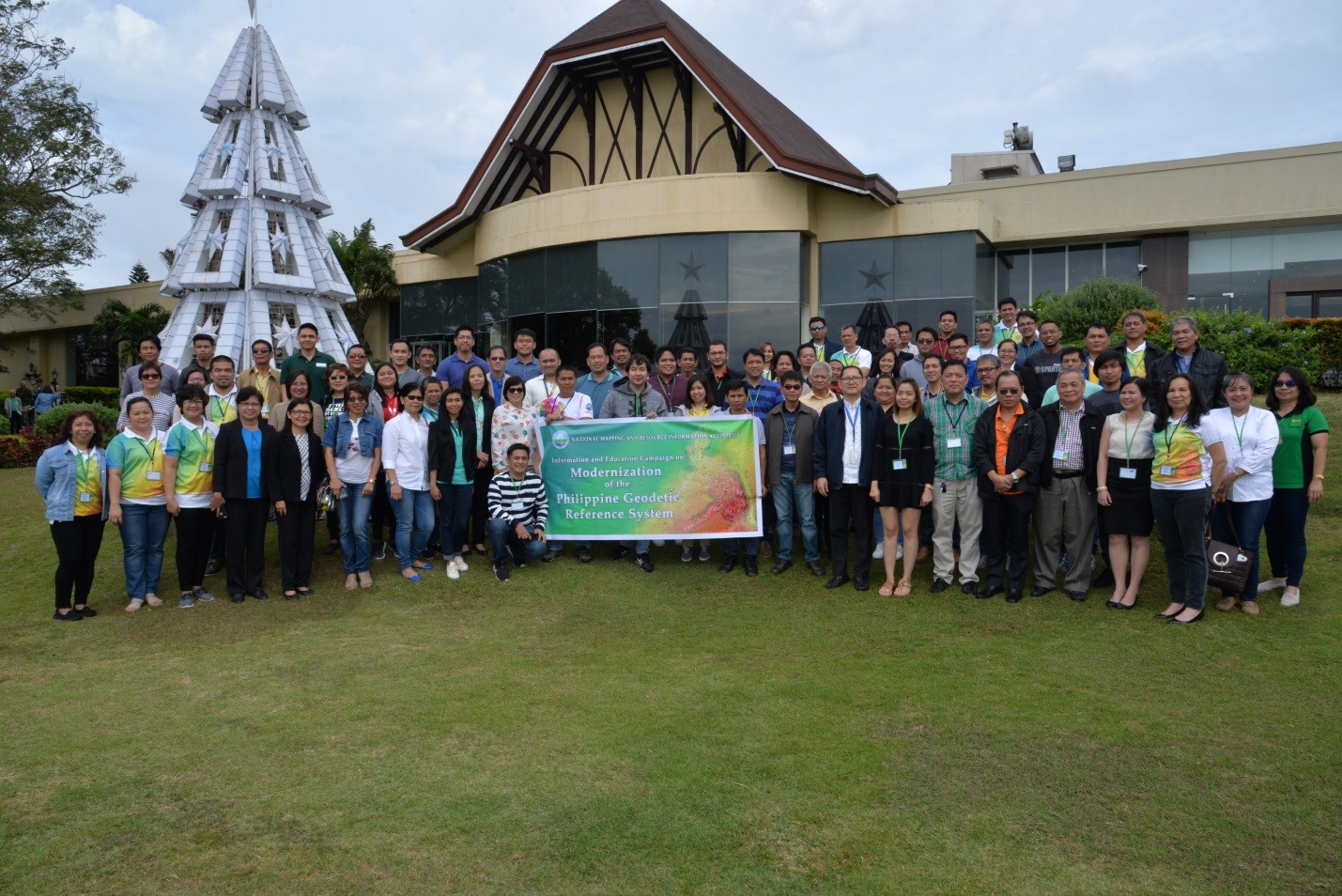 The participants pose for a souvenir picture with NAMRIA Deputy Administrator Cabanayan,
MGB Director Belen, resource persons, and organizers of the IEC event.
Attendees for the event included local government unit representatives from the provinces of Batangas, Cavite, Laguna, and Rizal.  Representatives of national and provincial government agencies present during the event included those from DENR including Provincial Environment and Natural Resources Officers from Batangas, Laguna, Quezon, and Rizal; Land Transportation Office; Department of Public Works and Highway; Department of Agrarian Reform; Department of Science and Technology; and National Commission of Indigenous People.
NAMRIA Deputy Administrator Jose C. Cabanayan, Jr., CESO III delivered the welcome remarks.  In his speech he emphasized the significant role of NAMRIA, being the country’s central mapping agency, in the modernization of the PGRS.  He also mentioned that the modernization program is aligned with the global geodetic reference frame.  He added that the PGRS shall serve as the common reference for all surveying and mapping in the country.  He reminded everyone that the event is a good opportunity to share information and to discuss what NAMRIA can provide to the stakeholders, and what the stakeholders can contribute to ensure the success of the modernization. 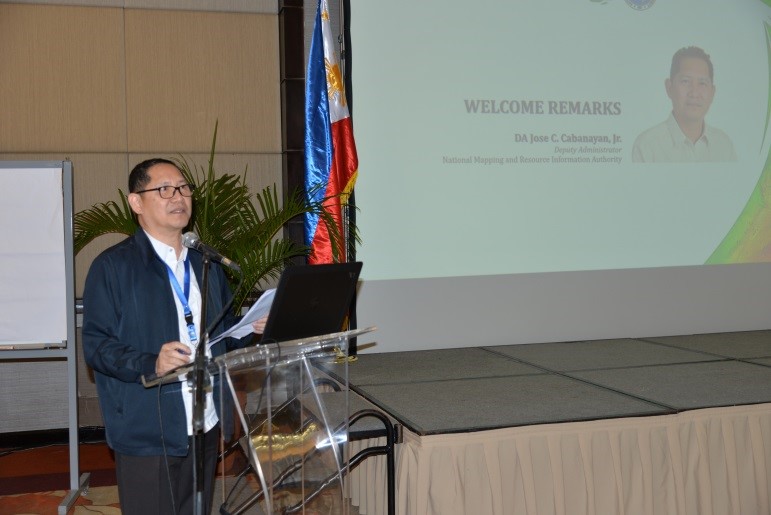 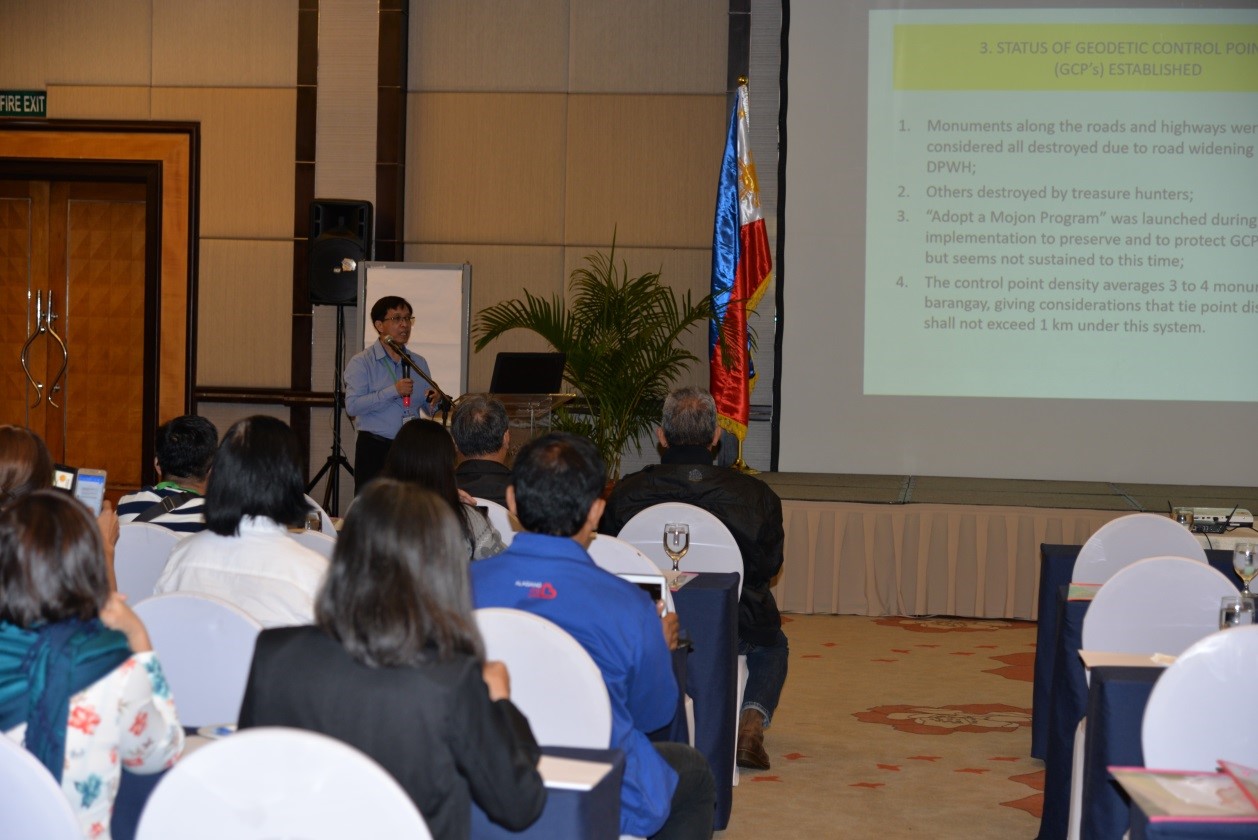 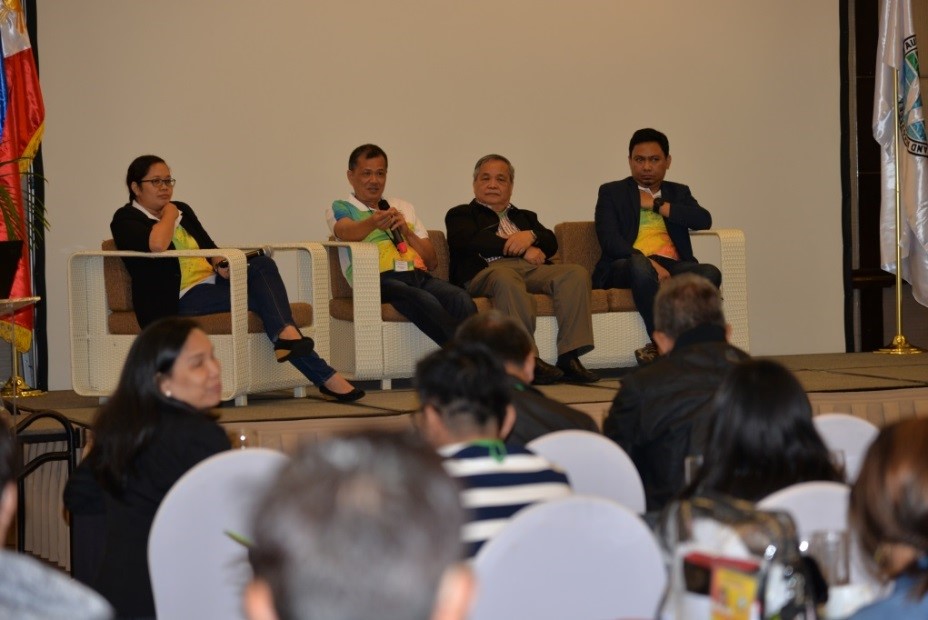 Engineer Gatchalian, seated with other members of the panel, answers a question from the audience.
An open forum followed the presentations. Questions, issues, and concerns raised during the open forum focused on the involvement of the Land Registration Authority on the modernization of PGRS, barangay boundary conflicts, and a recommendation to consider the crafting of a Republic Act instead of an Executive Order to support the program. 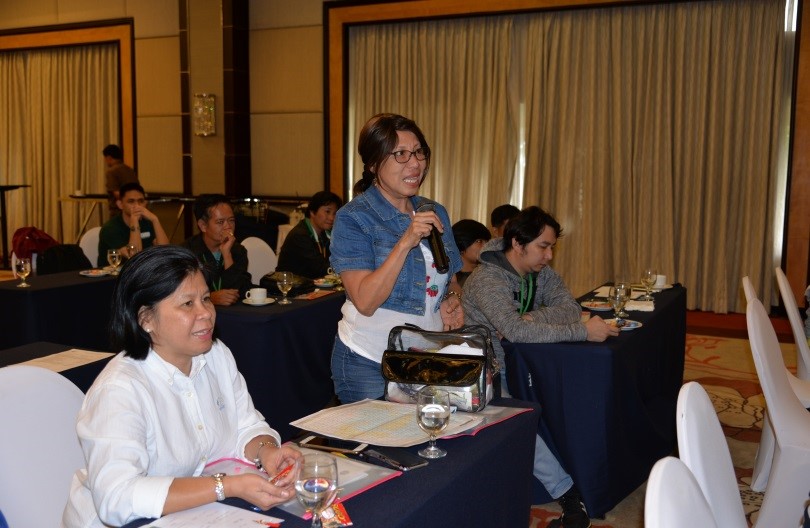 A participant from the Tanauan mayor’s office asks a question on issues in their area.
Assistant Director Ofelia T. Castro of MGB-NAMRIA officially closed the event by thanking the participants, resource speakers, and the organizers and staff of NAMRIA for the successful seminar.  She mentioned that the ideas and issues discussed and shared in the event will be of great help in guiding everyone involved in the implementation of the modernization program.