DENR Secretary Roy A. Cimatu presided over the Donning of Ranks and Oath-Taking Ceremony for 13 promoted commissioned officers of the Hydrography Branch of NAMRIA at the DENR central office in Quezon City on 22 March 2018.

Secretary Cimatu administers the oaths of the promoted commissioned officers

of the NAMRIA Hydrography Branch 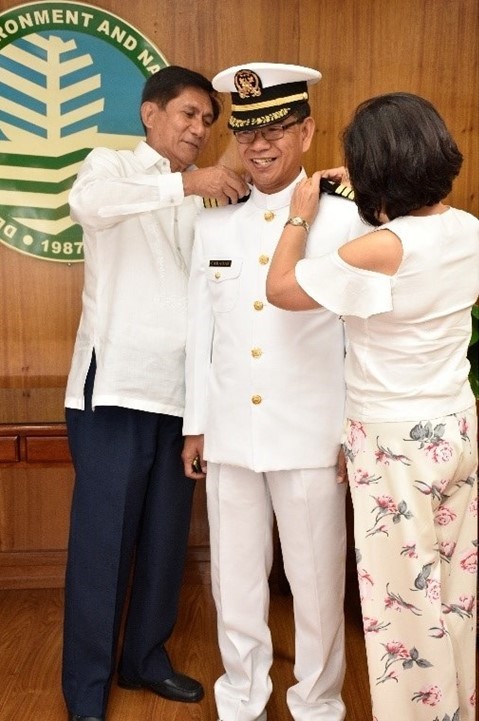 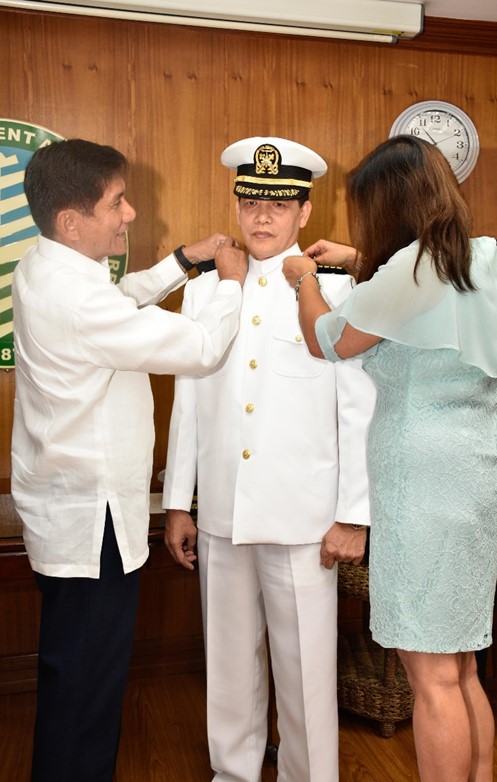 Secretary Cimatu, in his inspirational message to the promoted officers, said that their promotion is an expression of trust bestowed upon them by the President and reminded them to perform their respective duties well.
The DENR Secretary administered the donning of ranks to Captain Cadaoas and Captain Delos Reyes. That of the other officers was done by the senior officials of DENR and NAMRIA, with the assistance of the families and friends of the officers. 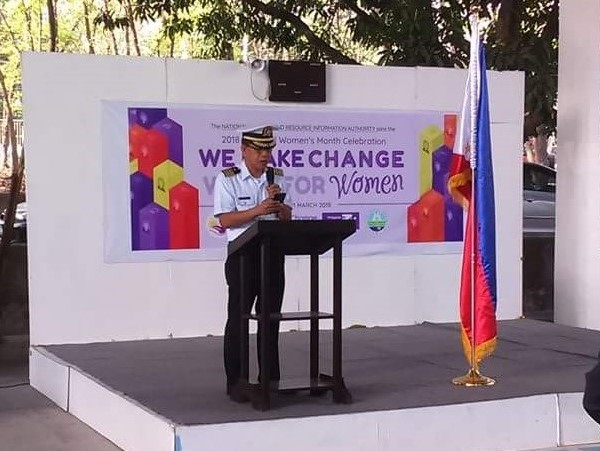 Captain Cadaoas delivers the appreciation message during the

Captain Cadaoas delivered an appreciation message on behalf of the promoted commissioned officers during the flag-raising ceremony held at the NAMRIA main office in Fort Bonifacio, Taguig City on 26 March 2018.  He expressed their gratitude to the never-ending support and trust of the management of the DENR and of NAMRIA led by Administrator Peter N. Tiangco. He concluded that they will continue to serve the country as commissioned officers of NAMRIA.