The Philippine Statistics Authority (PSA), in a press release published in January 2020, approved the Local Government Unit (LGU) Geographic Information System (GIS) Capability Assessment project of NAMRIA.  Towards making the Philippines geospatially empowered, NAMRIA, under the leadership of Administrator, Usec. Peter N. Tiangco, PhD, developed this project in recognition of the importance of GIS in local governance.  Through administering survey questionnaires and conducting field validation, the project aims to determine the capabilities of LGUs on the use of GIS technology on the provincial, city, and municipal levels.  The results of the survey will help NAMRIA generate an updated capability profile on the use of GIS among the LGUs and their potential capability for future implementation of GIS projects.  It will also enable the agency to evaluate the effectiveness of its geospatial information management program through partnerships with LGUs.  To cover all local governments in the country, the survey is administered every three years as a survey cycle. 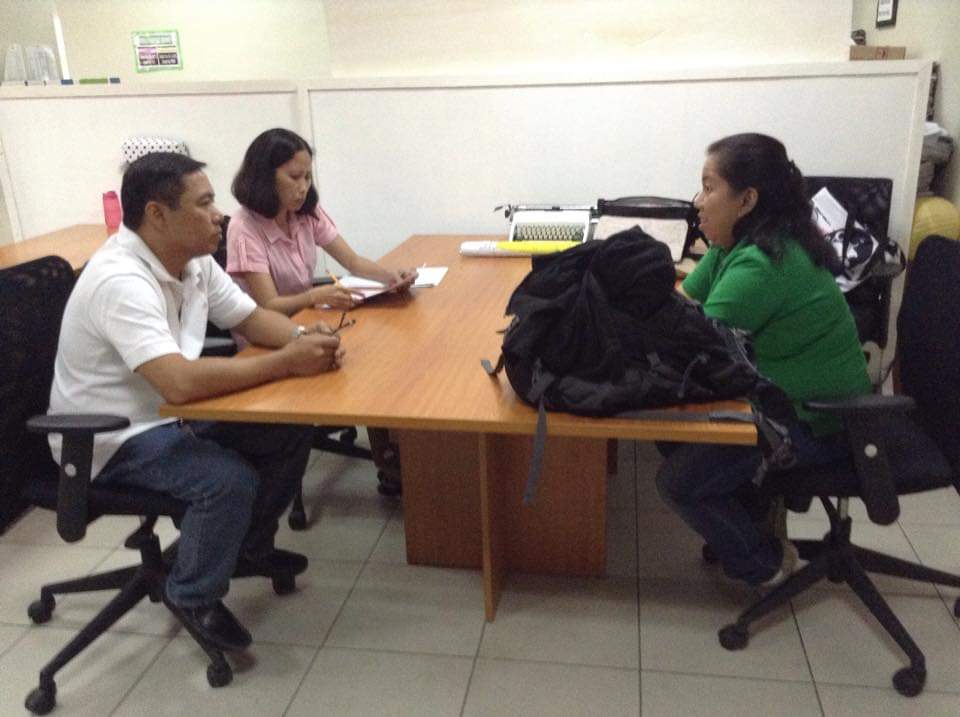 Engineer Sontillanosa (right) interviews the staff from the
City Planning and Development Office of Bacolod City, Negros Occidental.
The first cycle from 2016 to 2018 has generated 565 responses from the city and municipal government units, and 25 from the provincial government units, accounting for 32% of the targeted respondents.  To increase the participation rate, improvements on the initial survey methodology were employed for the second cycle, which is being implemented from 2019 to 2021.  Some of these improvements include the reformulation of the existing survey questionnaire, as well as the introduction of a web-based E-LGU GIS Capability Assessment survey form.  A robust survey return would provide the agency a clear picture of the current capacities, and design-specific interventions to further GIS as a tool for local development and planning. 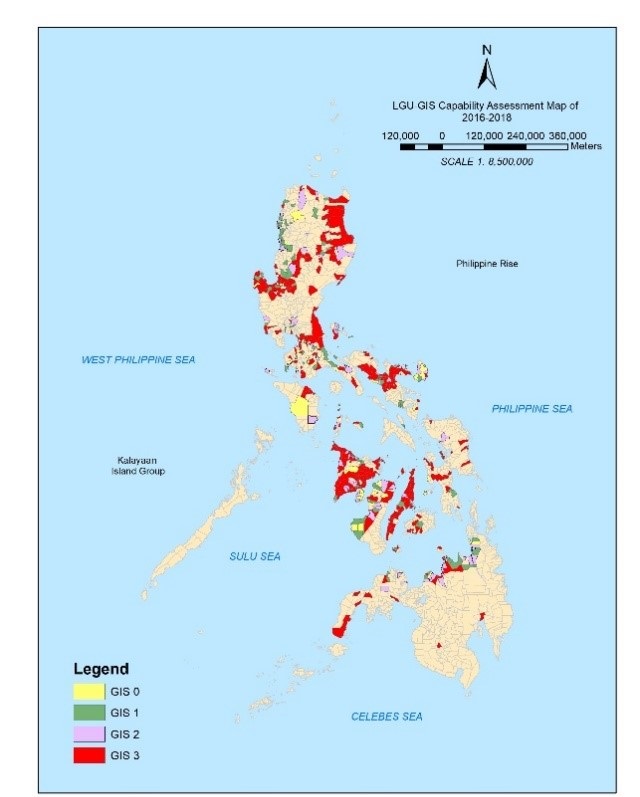 PSA granted the clearance for NAMRIA to conduct the survey in view of or pursuant to the former’s mandate to review and clear survey materials through its Statistical Survey Review and Clearance System (SSRCS).  SSCRS is a mechanism implemented by the PSA by virtue of Rule 28 of the Implementing Rules and Regulations of Republic Act No. 10625, otherwise known as the Philippine Statistical Act of 2013.  PSA’s approval became the impetus for the participation of all LGUs in the surveys.  A copy of said press release can be accessed through PSA’s website with the link https://psa.gov.ph/press-releases/id/145002.
The LGU GIS Capability Assessment project is being implemented by NAMRIA through the Geospatial Information System Management Branch (GISMB).