To finally settle the issues on the accuracy of the measurement of the establishment of the 25+5 meter easement rule of Boracay Island, DENR Secretary and Boracay Inter-Agency Task Force (BIATF) Chairperson Roy A. Cimatu asked for the assistance of NAMRIA, its attached agency and the country’s central mapping agency.  During a small group meeting held in Casa Pilar, Boracay on 25 June 2019, Secretary Cimatu instructed NAMRIA Administrator, Usec. Peter N. Tiangco to conduct verification survey and densification of Geodetic Control Points (GCPs) in various parts of the island, specifically commercial establishments and private residences that continue to violate the easement rule. 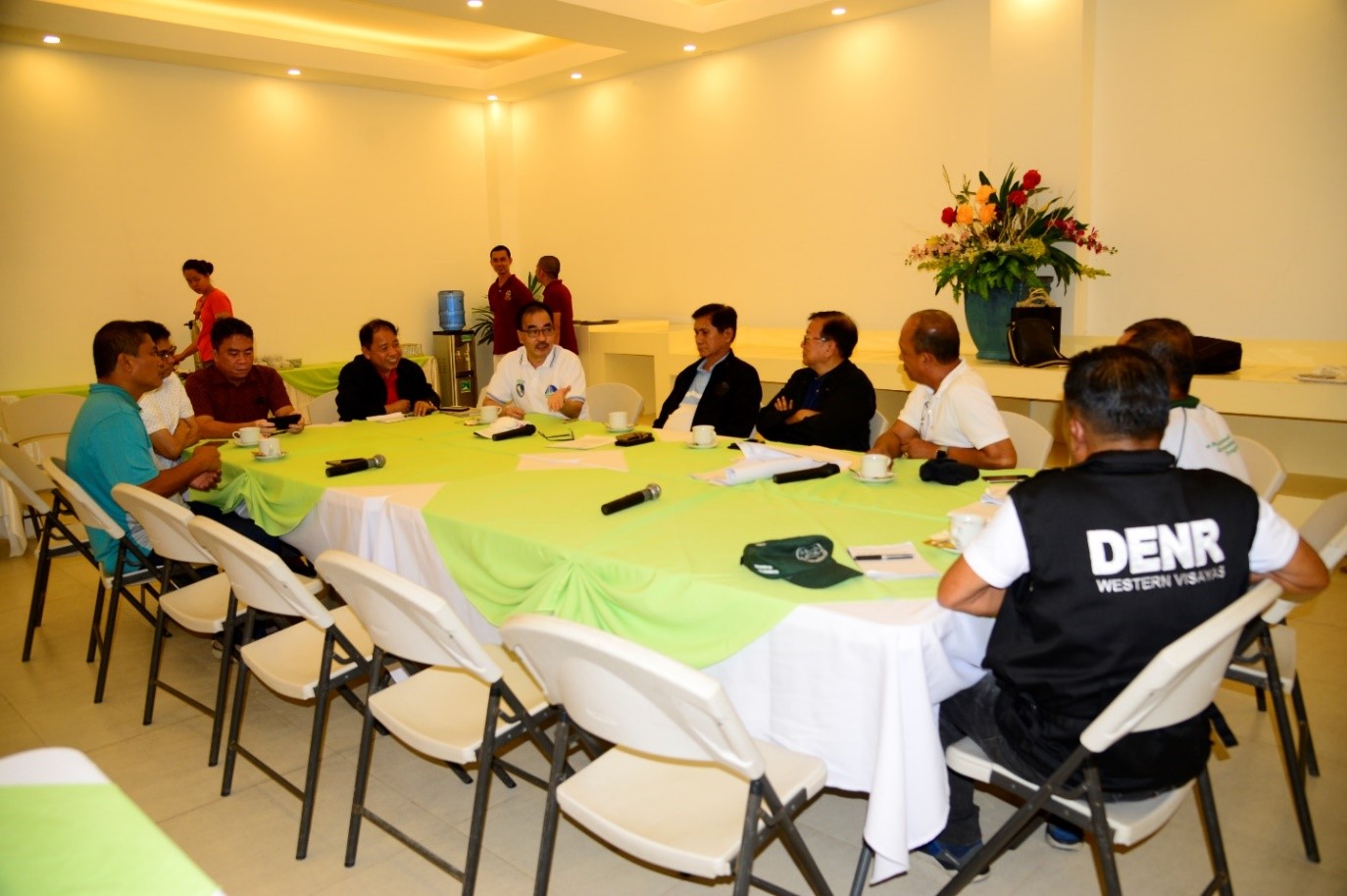 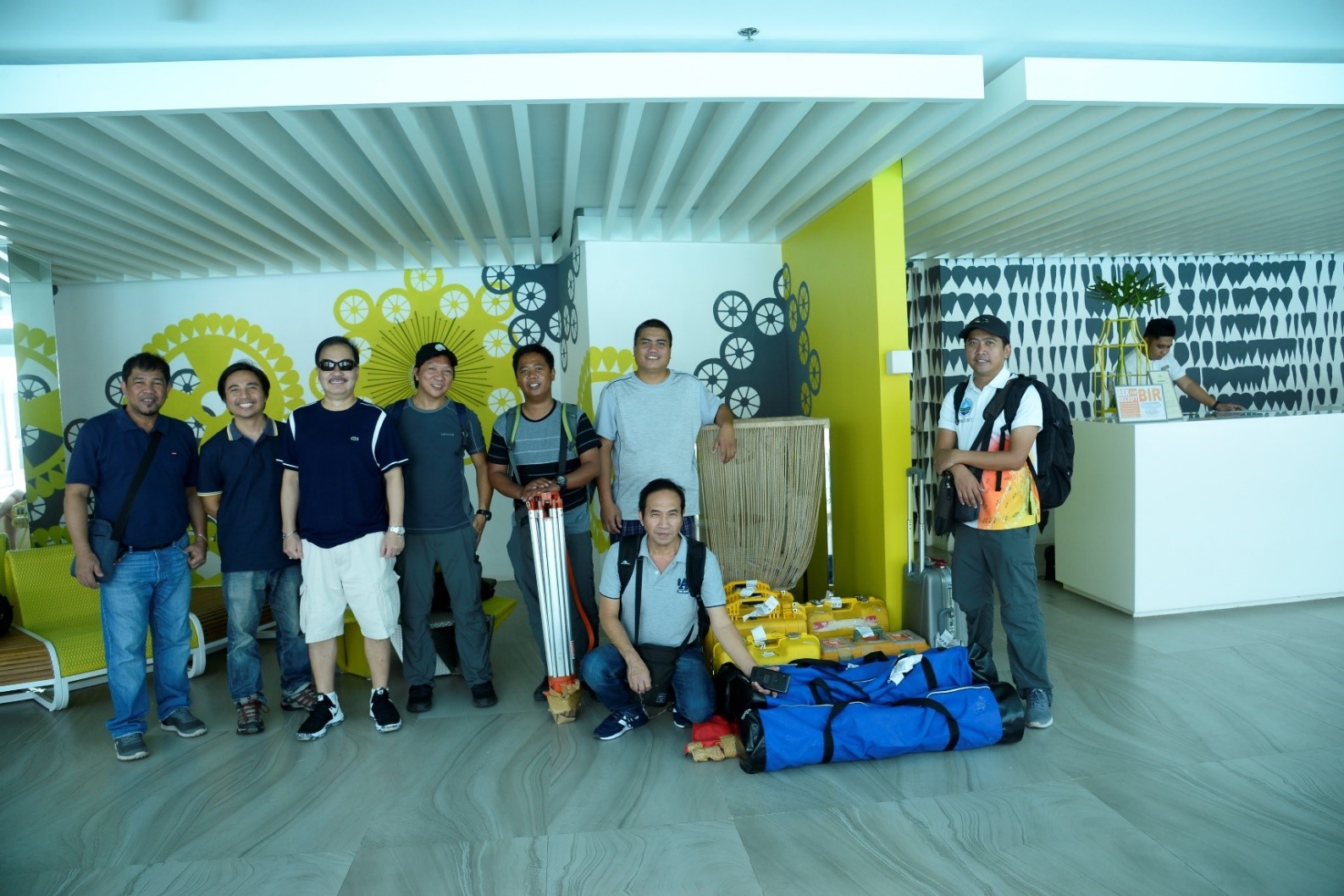 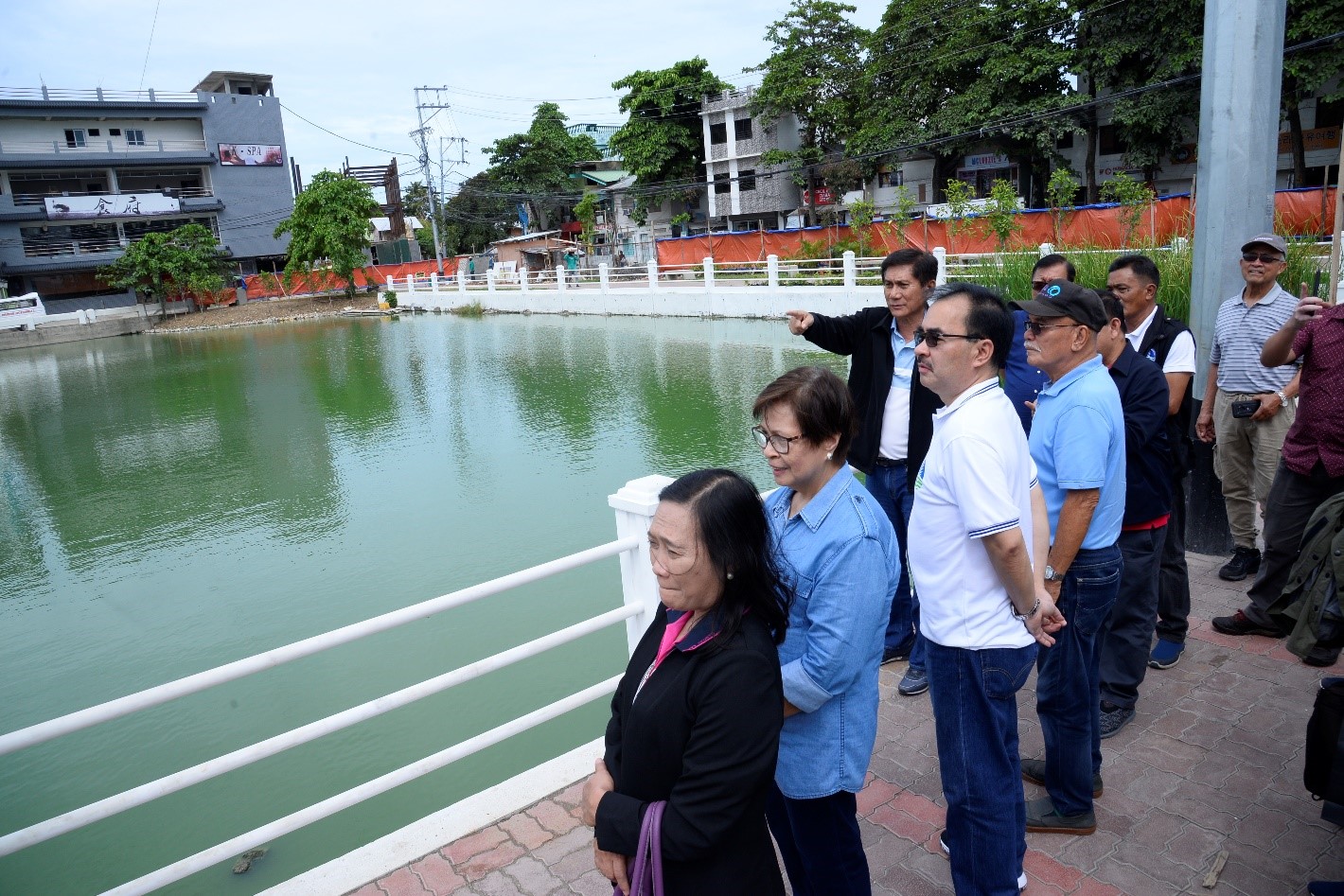 DENR Secretary Cimatu leads the inspection of the newly-restored Balabag Wetland Park
(Wetland No. 4).  Last year, illegal structures like hotels and houses were
occupying the said area which is located in front of D’ Mall Boracay. 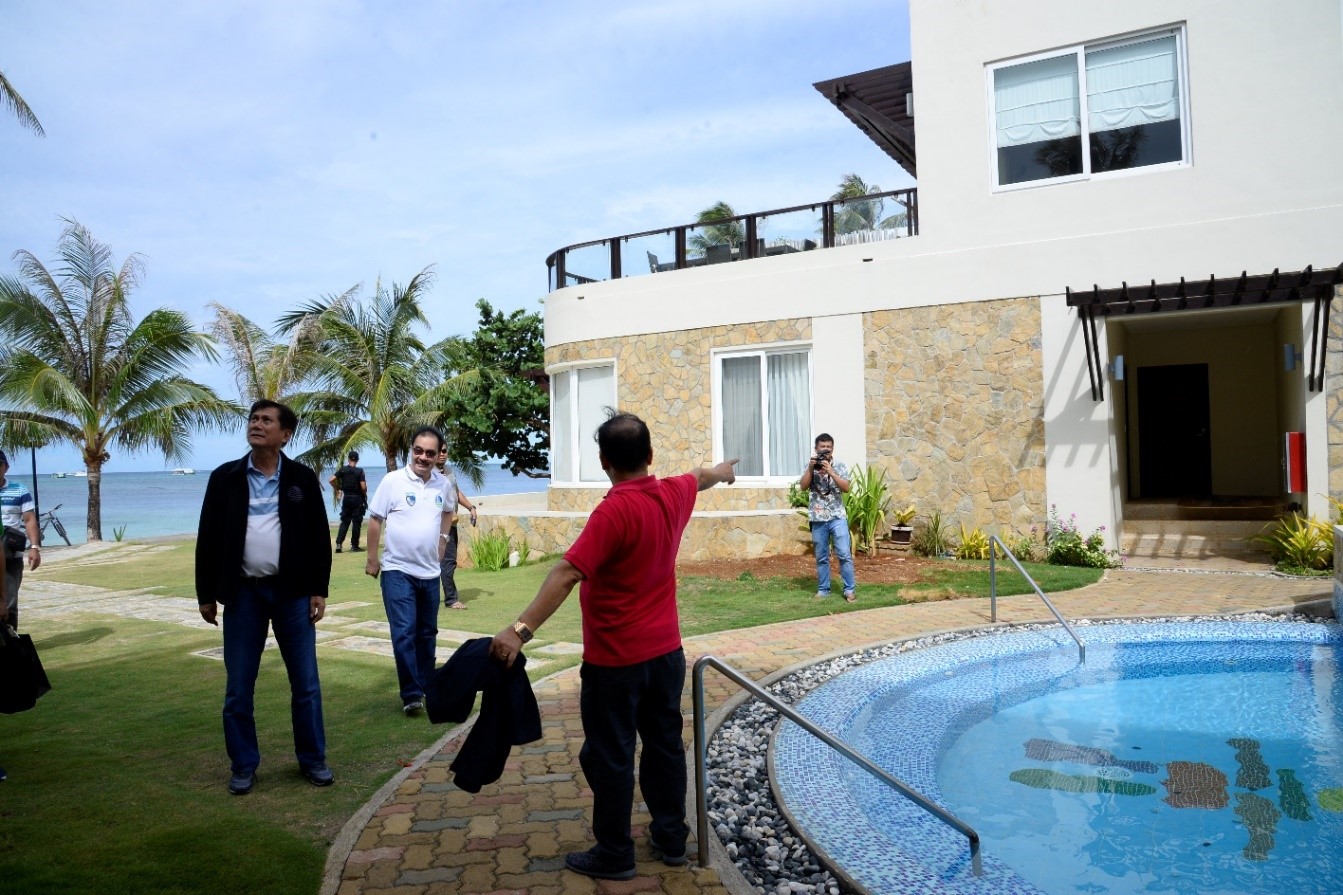 DENR Region VI RED Milla shows what should be the extent of the 25+5 meter easement rule.
The establishment did not comply with the rule and is subject for demolition.
Immediately after the directive of Secretary Cimatu, technical personnel from NAMRIA arrived in the island on 26 June 2019 and surveying activities began immediately after initial coordination with regional DENR officials and representatives from the local government units and various stakeholders.  In the next three days, verification and reconnaissance surveys of land classification corners were conducted along Bulabog Beach in Barangay Balabag, where three concrete monuments were retrieved.  GCPs were also established by the team in front of Seven Stone Suites and Banana Bay Resort.  Four GCPs were established in Barangay Balabag and two old GCPs were recovered from Barangays Balabag and Manoc-Manoc. 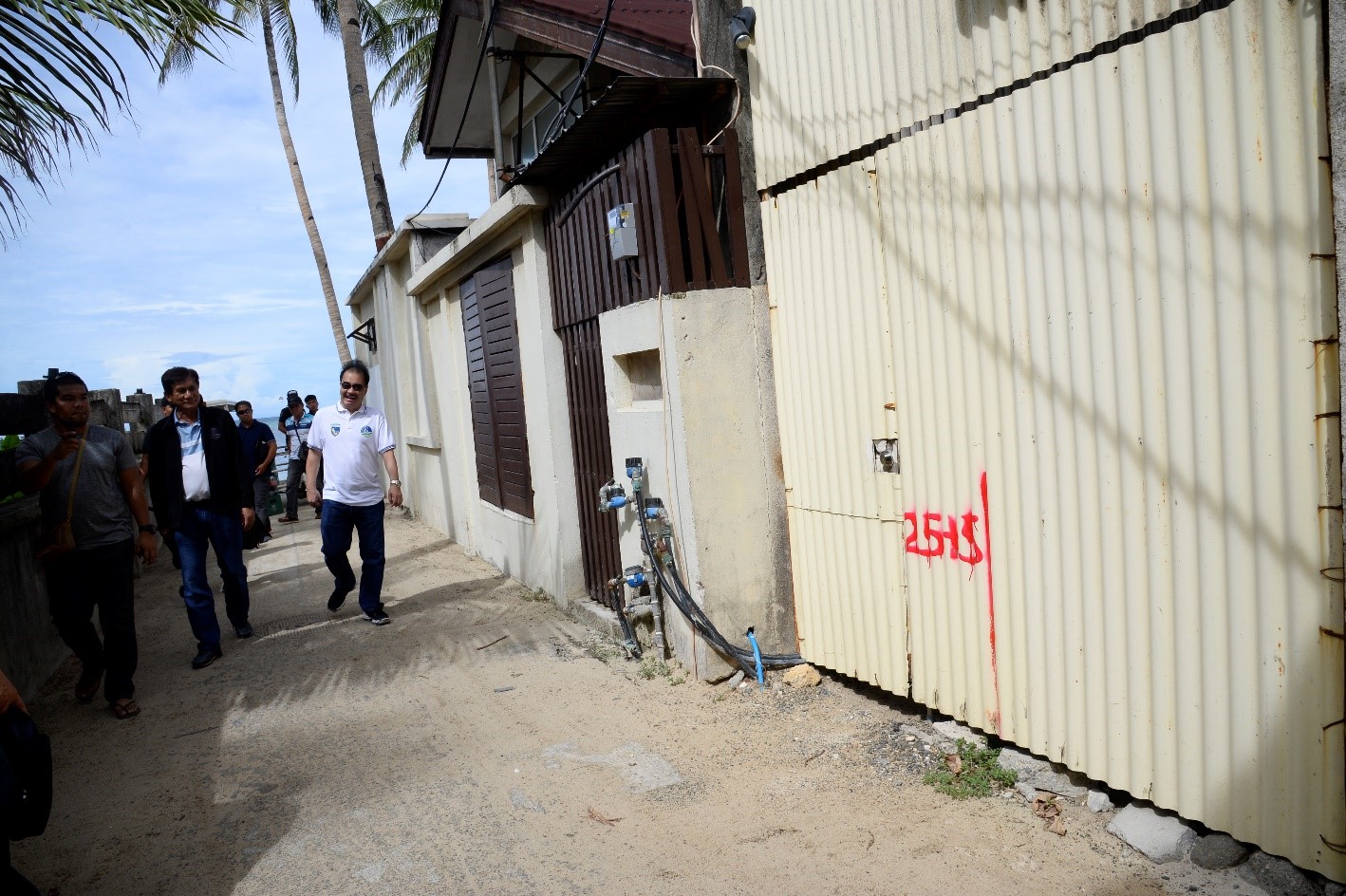 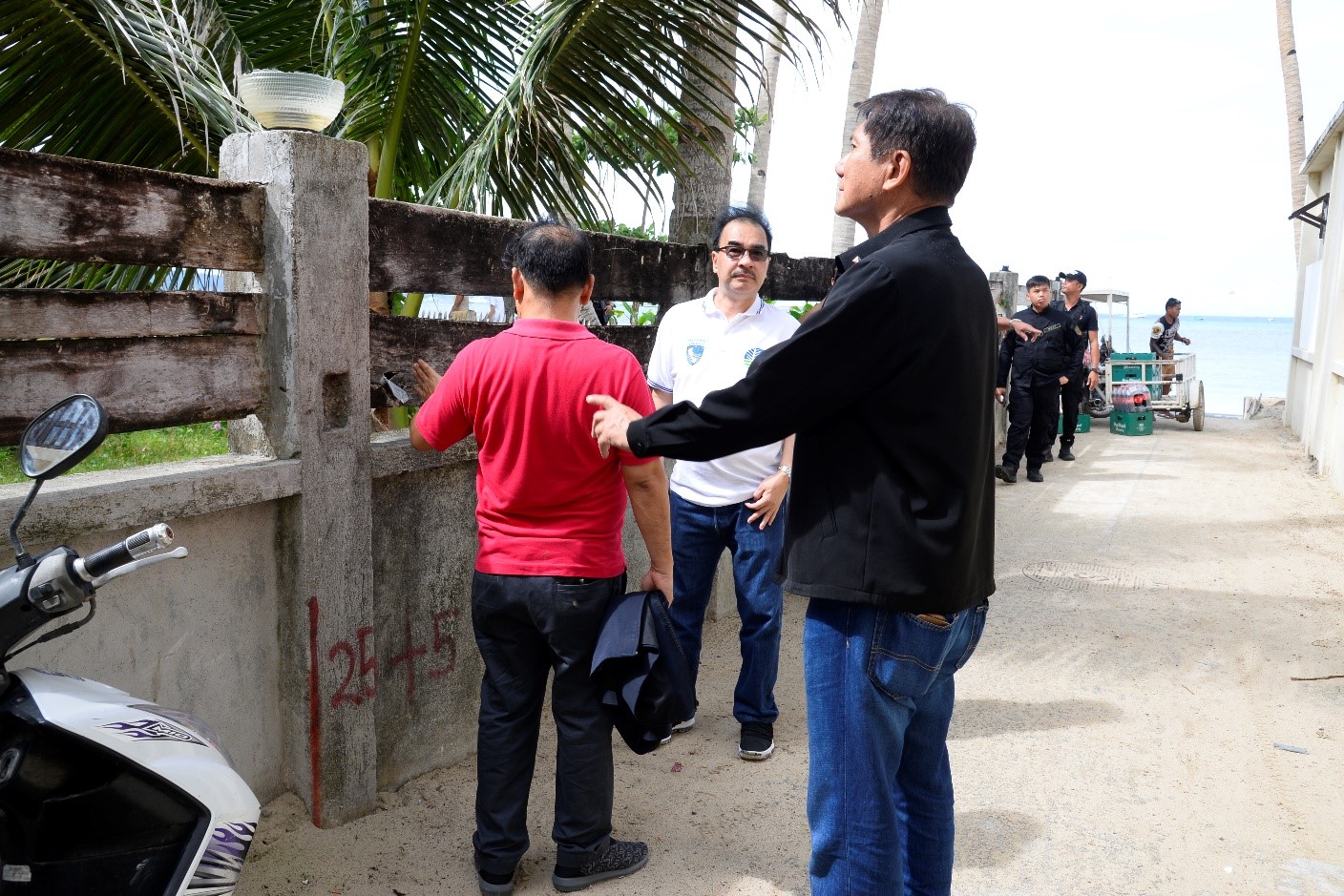 Erring establishments which continue to ignore the easement rule are marked with red paint.
The BIATF warned that if the owners fail to demolish their own structures found
within the easement area, a group formed by the Task Force will demolish the
establishments after being given a specific period for compliance. 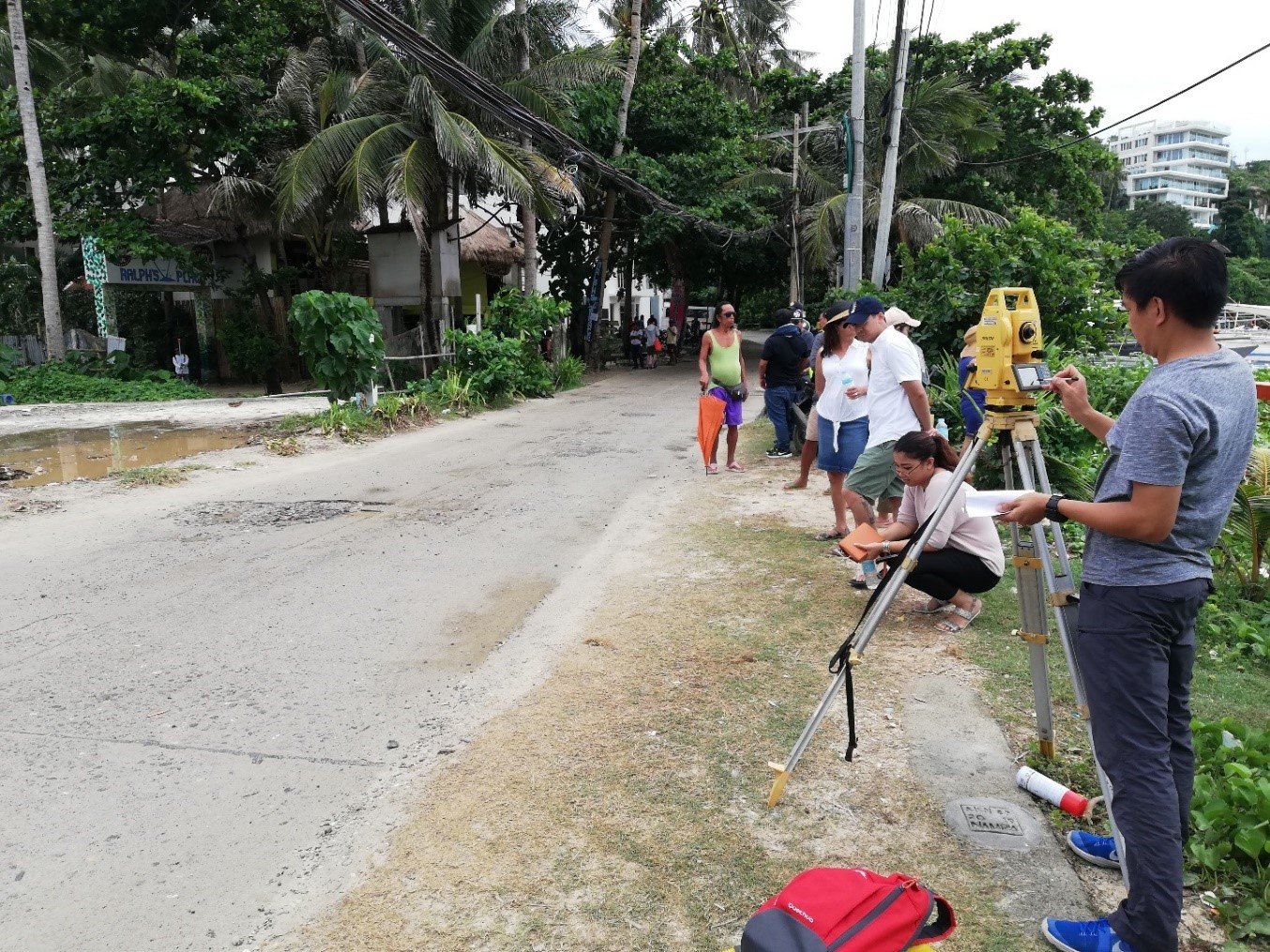 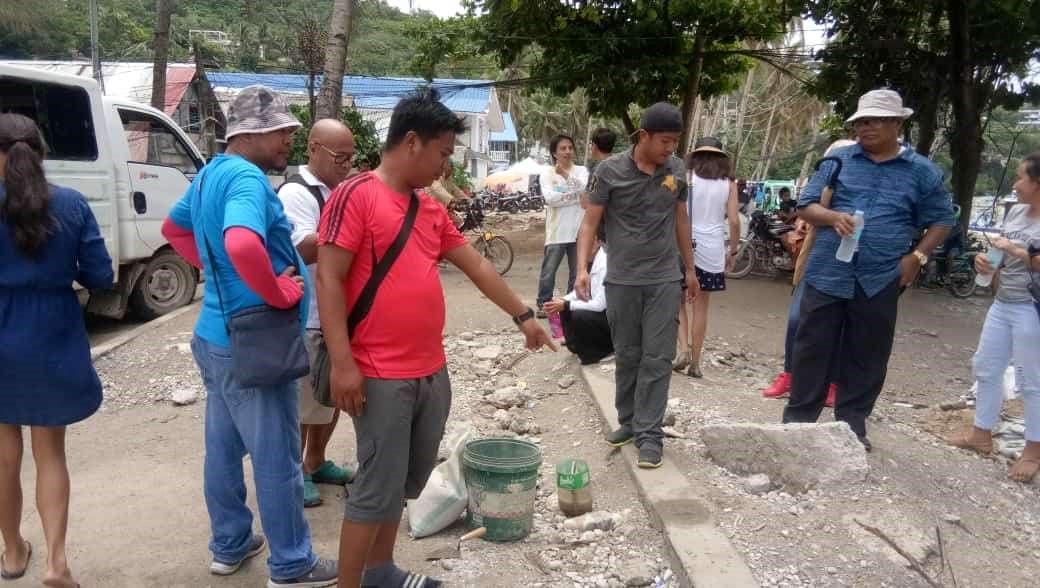