The NAMRIA Bayanihang Bayan Desk (BBD) continually conducts outreach activities as part of the agency’s commitment to provide rounded public service.  Extending its services to the community, the NAMRIA BBD organized two Christmas outreach activities for 2019.  The first activity was a bloodletting drive held on 11 December 2019 at the NAMRIA Lecture Hall.  With the theme Dugo Ko, Pamaskong Handog Ko, its beneficiaries were the indigent patients of the National Children’s Hospital (NCH) in New Manila, Quezon City.
During the event, the medical and support staff of the hospital, as well as participants from the Fort Bonifacio and Binondo offices were warmly welcomed by the NAMRIA BBD personnel. 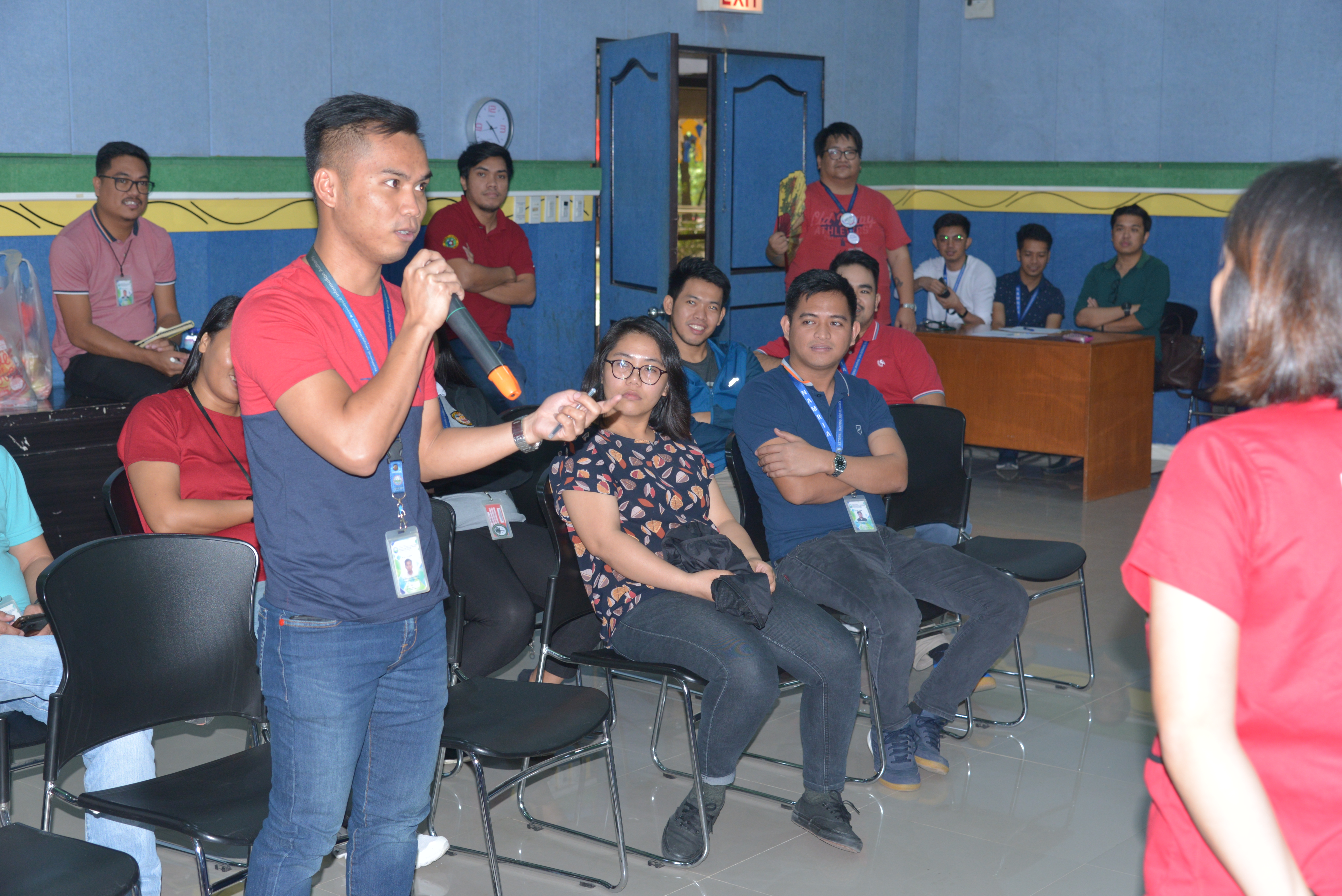 Participants share their previous blood-donation experiences. -- ERWIN D. FAMATIGA
In a bid to attract more participants, the invitation to donate was extended to non-NAMRIA employees, including security personnel stationed within NAMRIA grounds.  In his opening statement, Mr. Jeffrey Quodala, focal person of NAMRIA BBD discussed the importance of the activity and its relevance to the Morale and Welfare program of the agency.
Ms. Chique C. Paras, a registered nurse and an NCH Donor Recruitment Officer for the National Capital Region, explained the guidelines of the bloodletting including the conditions that participants should meet to be able to donate blood. She also discussed the benefits of blood donation and its value as one of the most important humanitarian acts. She also extended the gratitude of NCH to NAMRIA for holding such event, as the demand for blood  in their facility is constantly  high.
Following the orientation, the participants were initially screened by the medical staff based on the Department of Health guidelines. Those found eligible underwent hematocrit blood tests to determine the volume percentage of their red blood cells (RBCs). The final steps were blood collection and post-donation counselling. 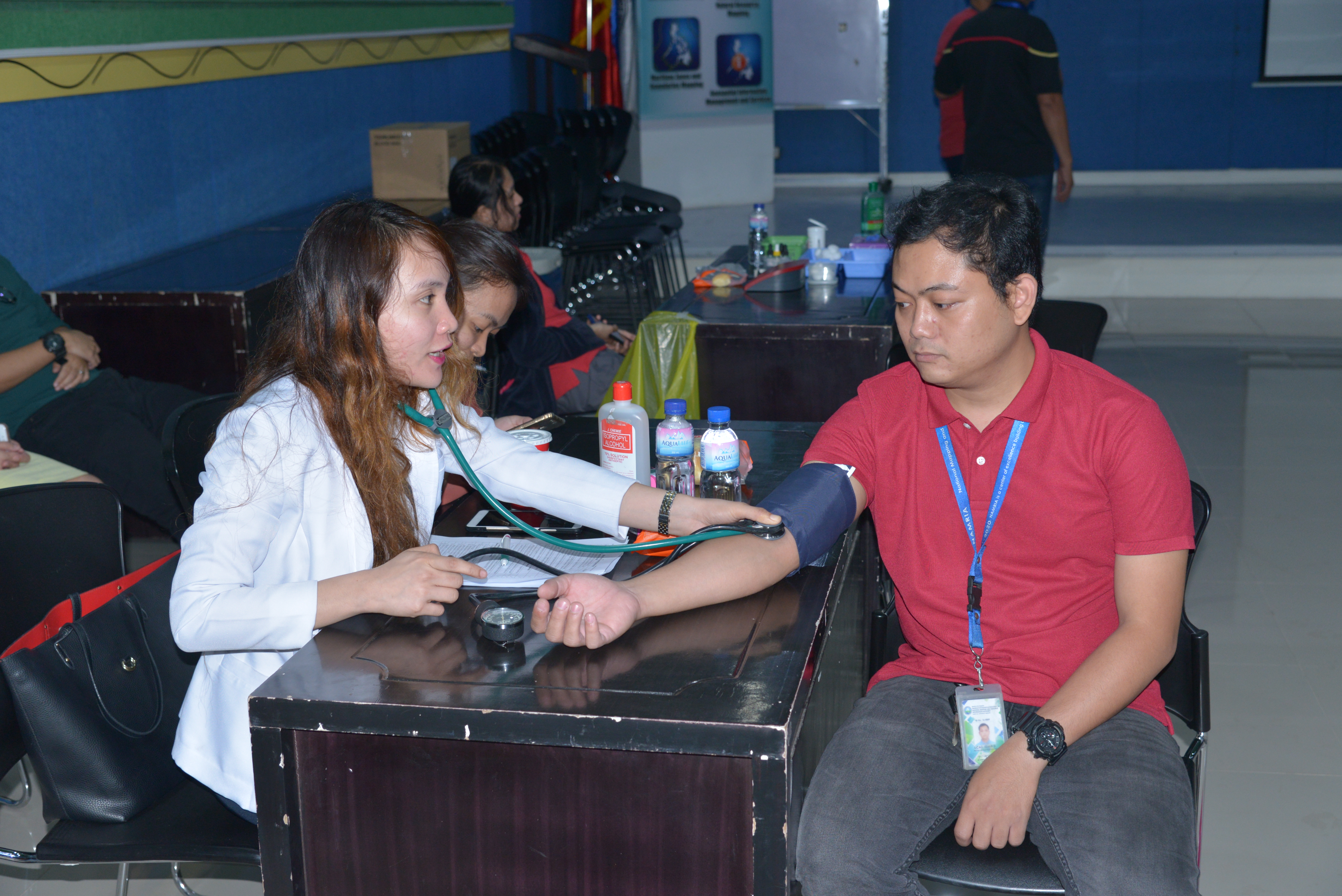 Initial screening is conducted by the medical officers of NCH. -- ERWIN D. FAMATIGA 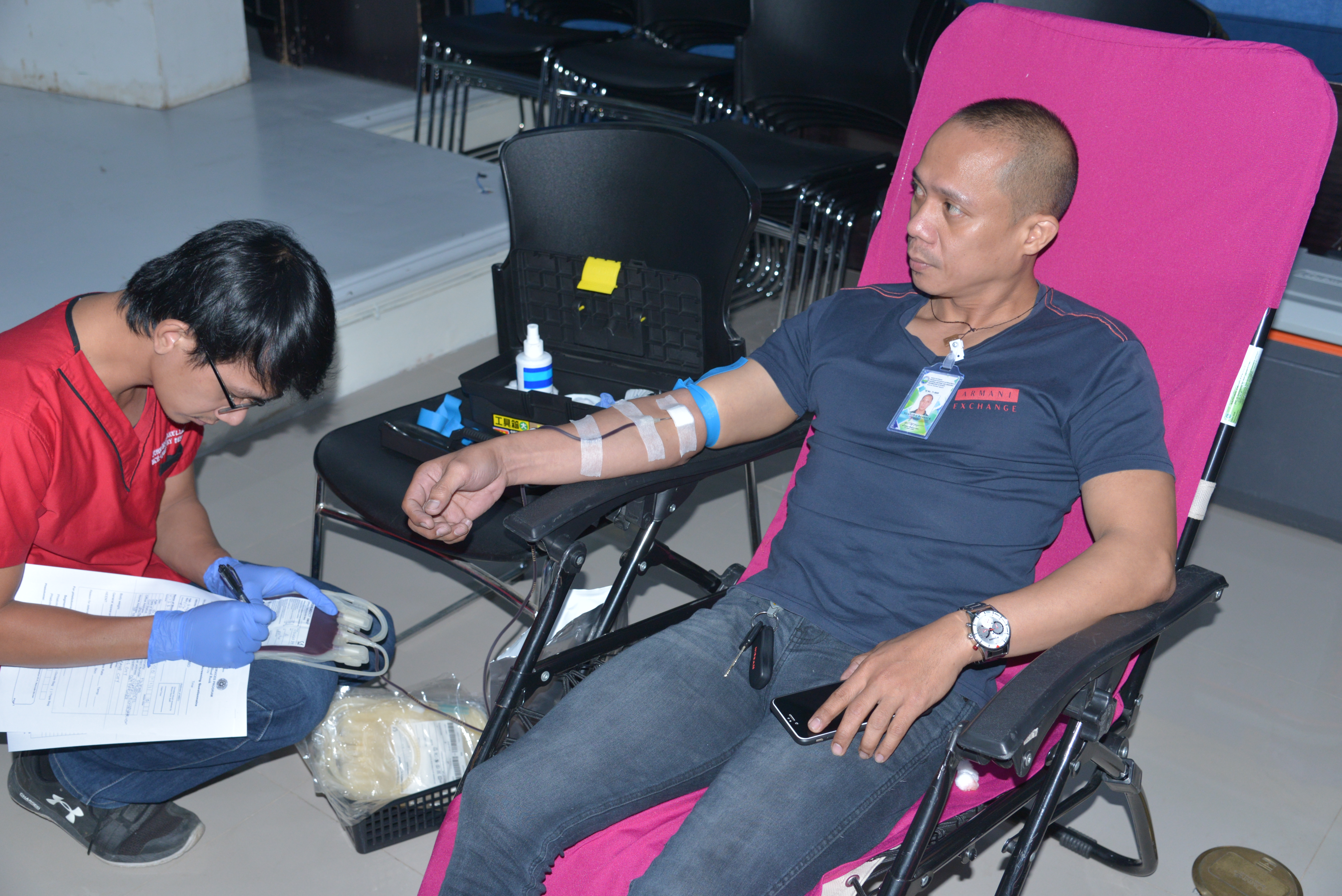 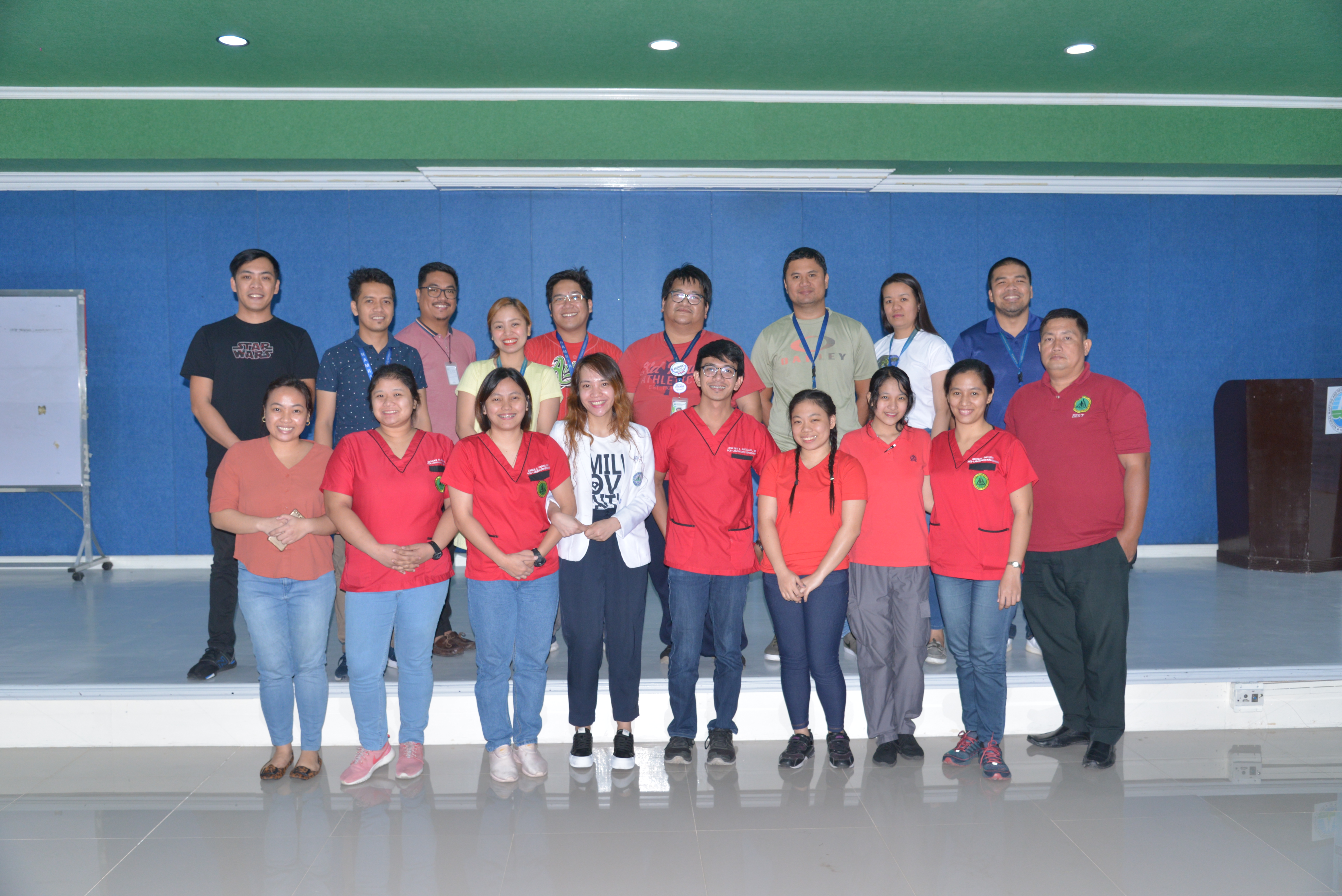 NAMRIA BBD personnel and NCH medical staff pose for a souvenir photo -- JEFFREY M. AGUILLON
At the end of the activity, a total of 13 blood bags from 20 donors were collected.  As a token of appreciation, donors were given NCH voluntary blood donor cards and free lunch vouchers.
The NAMRIA BBD also partnered with the Department of Education (DepEd) Schools Division Office – Manila Alternative Learning System (ALS) District I for their year-end activity held on 19 December 2019 at the Marala Field of Dreams, Smokey Mountain, Tondo, Manila. 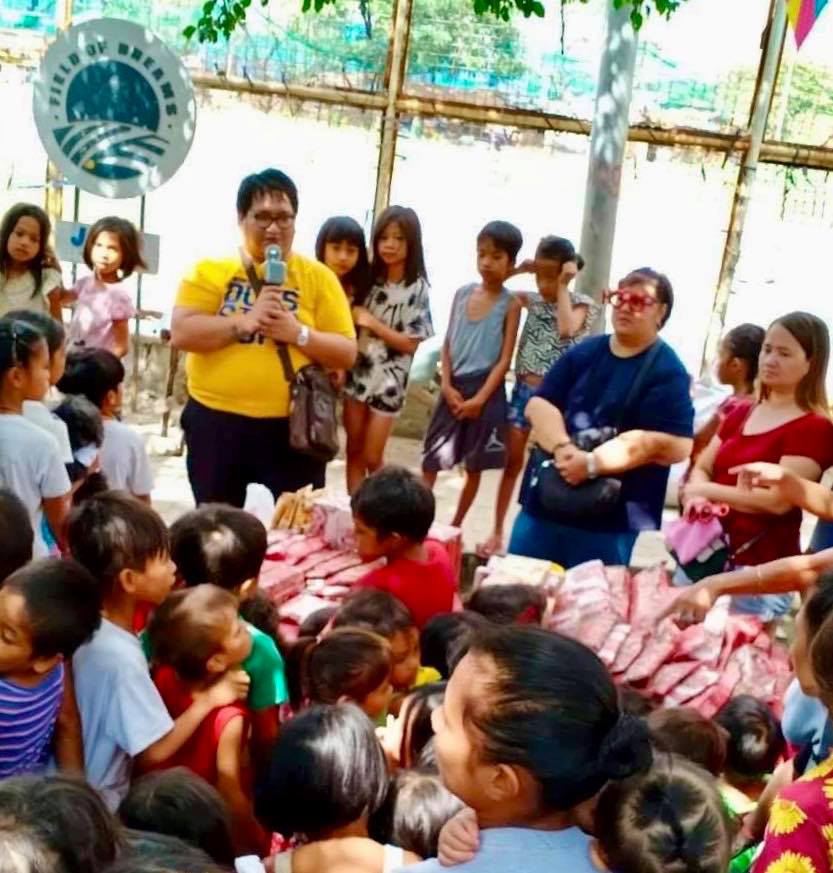 NAMRIA BBD Focal Person Mr. Jeffrey Quodala in his message to the community -- ZALDRICH C. TAPLAC
NAMRIA BBD donated and distributed lunch packs and Christmas gifts (school supplies) to 80 indigent children of Smokey Mountain. In his message, Mr. Quodala thanked the ALS literacy volunteers of DepEd Manila District I, Mr. Zaldrich C. Taplac and Ms. Rizaline T. Taplac, for inviting the NAMRIA BBD to be a part of their charitable activity. He also greeted and inspired the parents and children in attendance to dream big amidst the hardships and challenges of life. 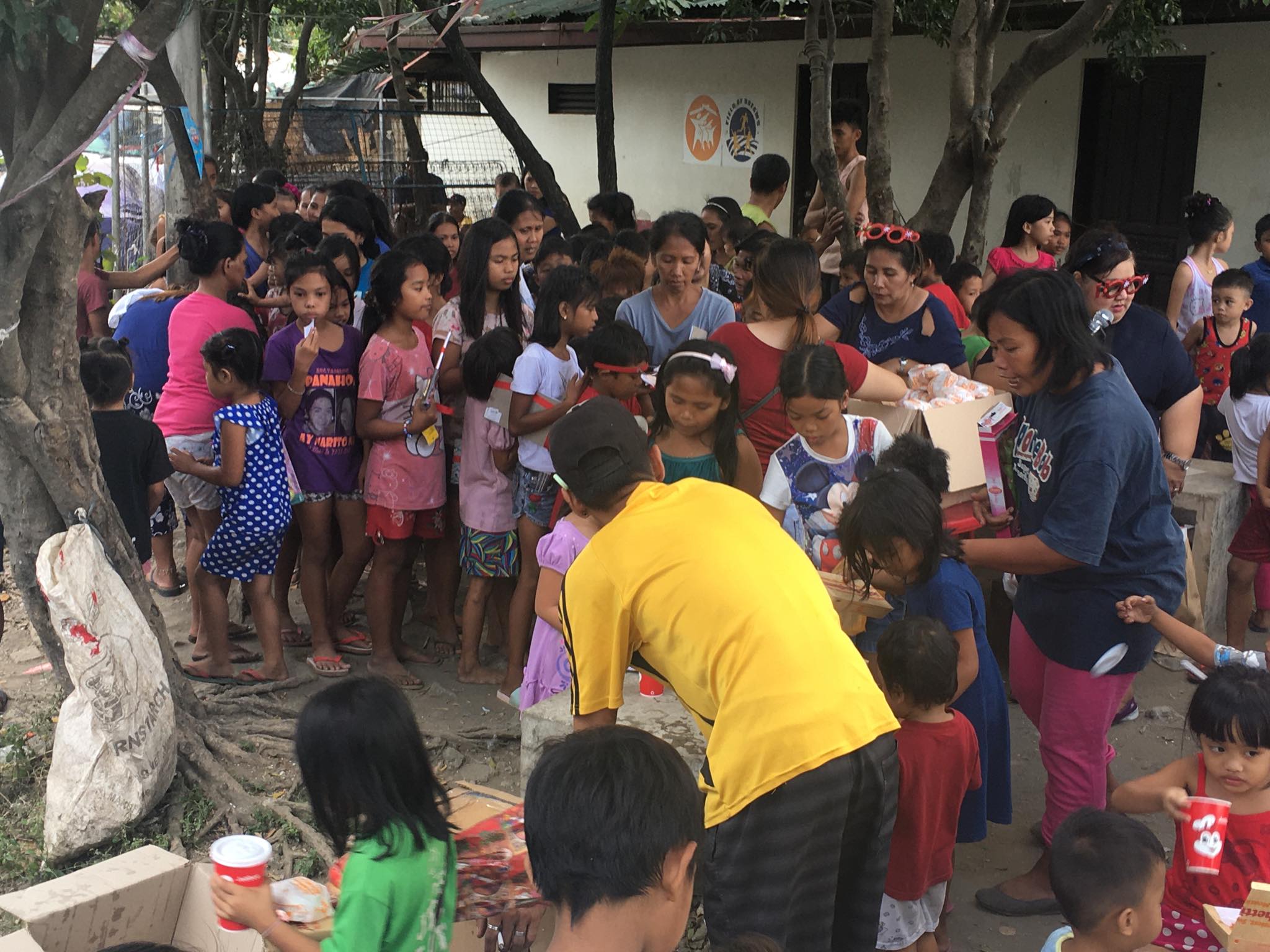 The children line up for free lunch packs. –- JEFFREY A. QUODALA 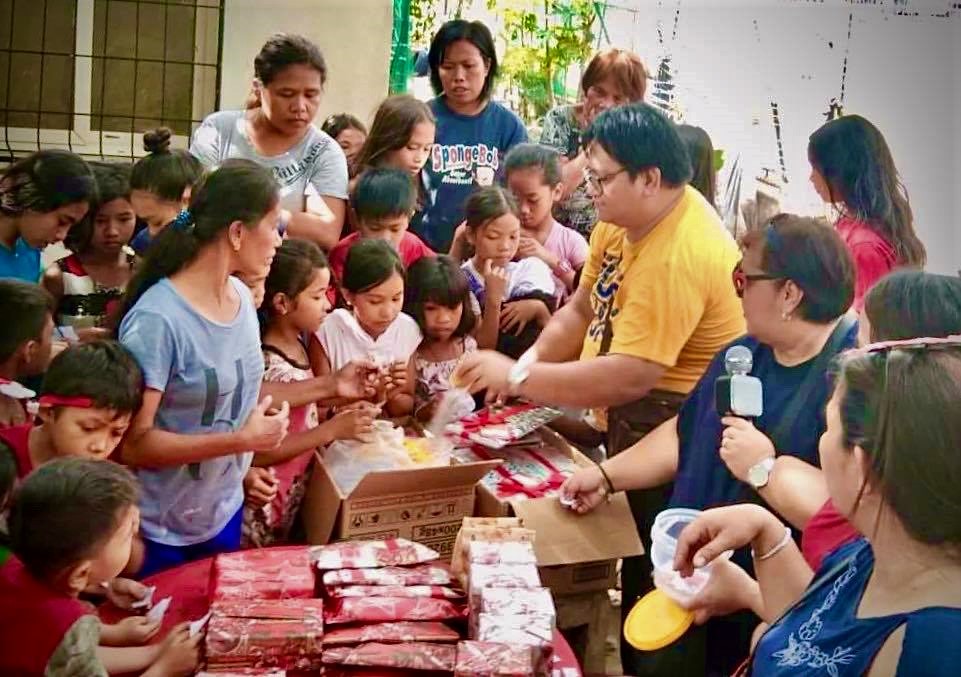