Staff from the Photogrammetry Division of the Mapping and Geodesy Branch (PD-MGB) attended the Second Water Quality Management Area (WQMA) Forum presided over by DENR Secretary Roy A. Cimatu held at the Boracay Haven Suites, Boracay, Malay, Aklan on 22 June 2018.  It was attended by a hundred stakeholders. The said forum is a continuing activity of the DENR-Environment and Management Bureau (EMB) Region VI towards the designation of Boracay Island as WQMA as prescribed in Section 5 of the Philippine Clean Water Act of 2004 or RA 9275.  It aims to ensure water quality protection in Boracay. 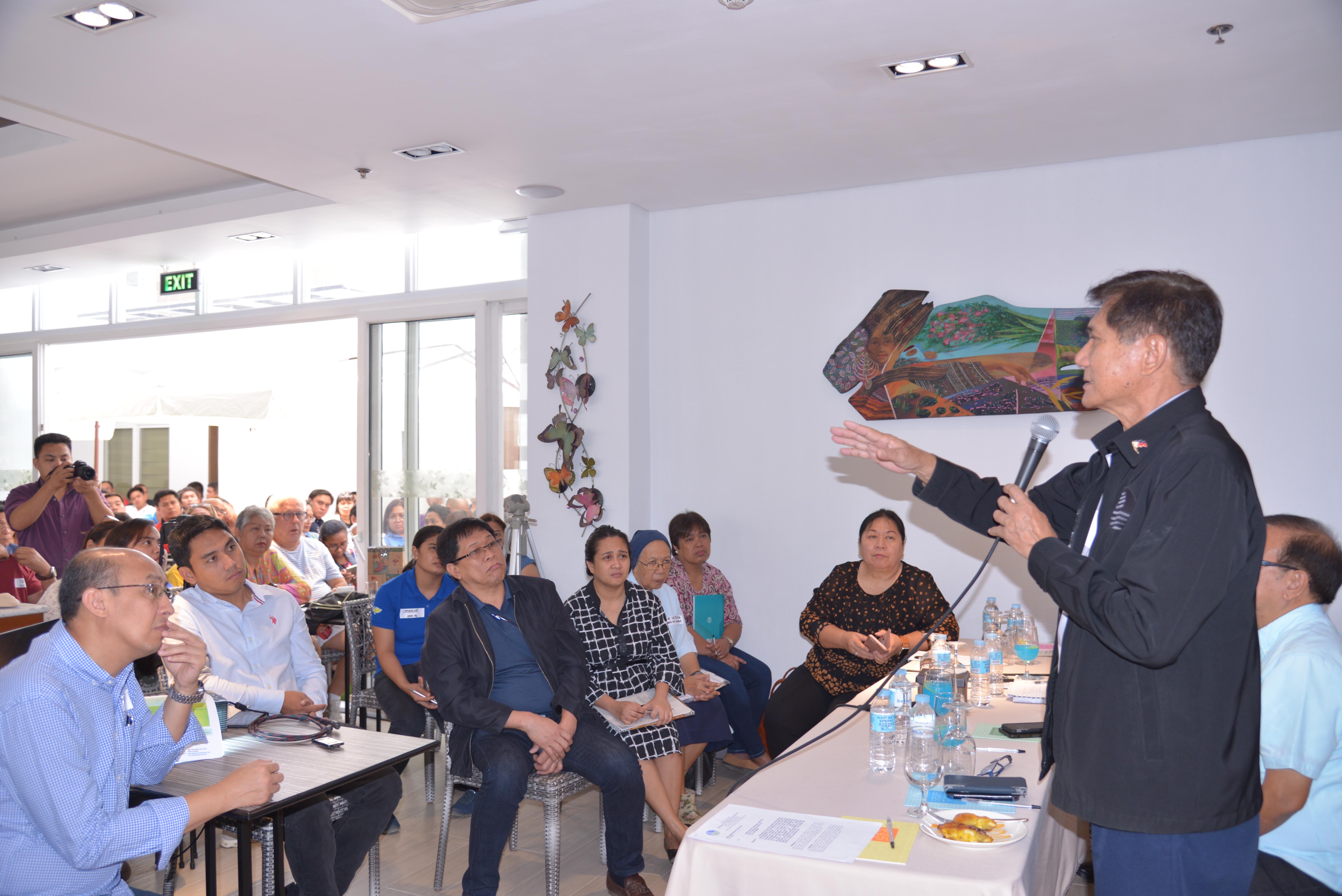 DENR Secretary Roy A. Cimatu delivers his message to the participants.

Secretary Cimatu provided updates on the ongoing rehabilitation efforts of the Inter-Agency Task Force in addressing the problems of the island.  He said that road widening and drainage constructions of the Department of Public Works and Highways and the Tourism Infrastructure and Enterprise Zone Authority are on schedule.  He cited the improvement of water quality in Boracay with the discovery and removal of illegal pipes directly discharging wastes to the sea.  He mentioned his order to decommission the sewer pipelines along the front beach of the Boracay Island Water Company, Inc. as they violate the 25 plus 5-meter easement rule and pose water contamination and health hazard.  He also discussed DENR’s draft circular mandating all hotels and resorts with over 50 rooms to have their own sewage treatment plant (STP) and those with 49 rooms and below to have clustered STP.  In closing, he asked for the full cooperation of all stakeholders and residents in order to restore Boracay to its pristine stage and said that Boracay will be open again to the public. 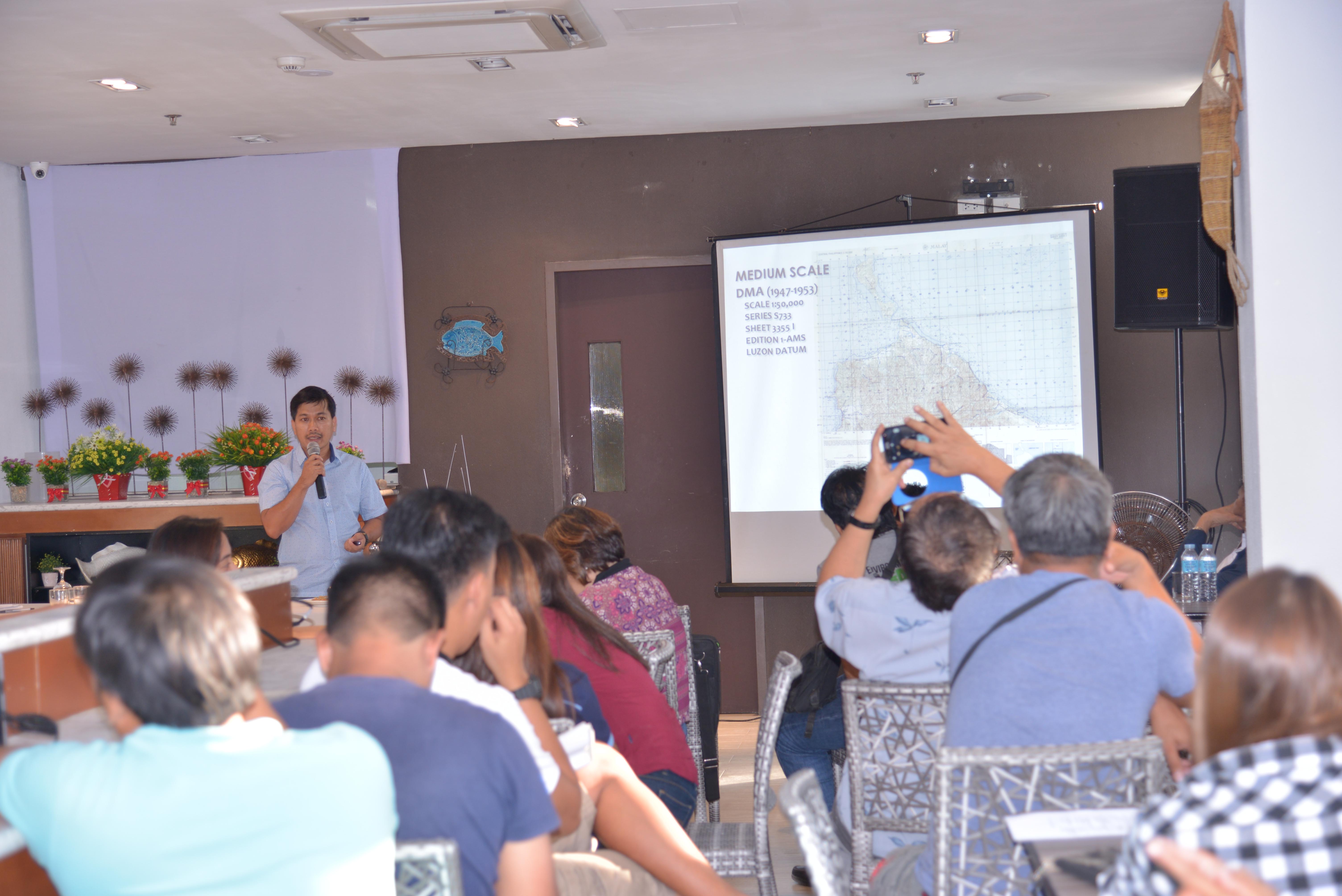 Engr. Leo B. Grafil of NAMRIA was one of the presenters in the WQMA forum.  He presented NAMRIA’s different maps of Boracay such as topographic base maps at various scales and the 2015 land cover map.  These maps have already been provided to different agencies involved in the rehabilitation of Boracay.  Significant changes in the landscape of the island were also shown through the orthoimages based on 2008, 2011, 2014, and 2018 images.  Other geospatial data and basic applications were also demonstrated in the forum.  Engr. Gliceria Y. Yarre of NAMRIA PD-MGB also attended the event. 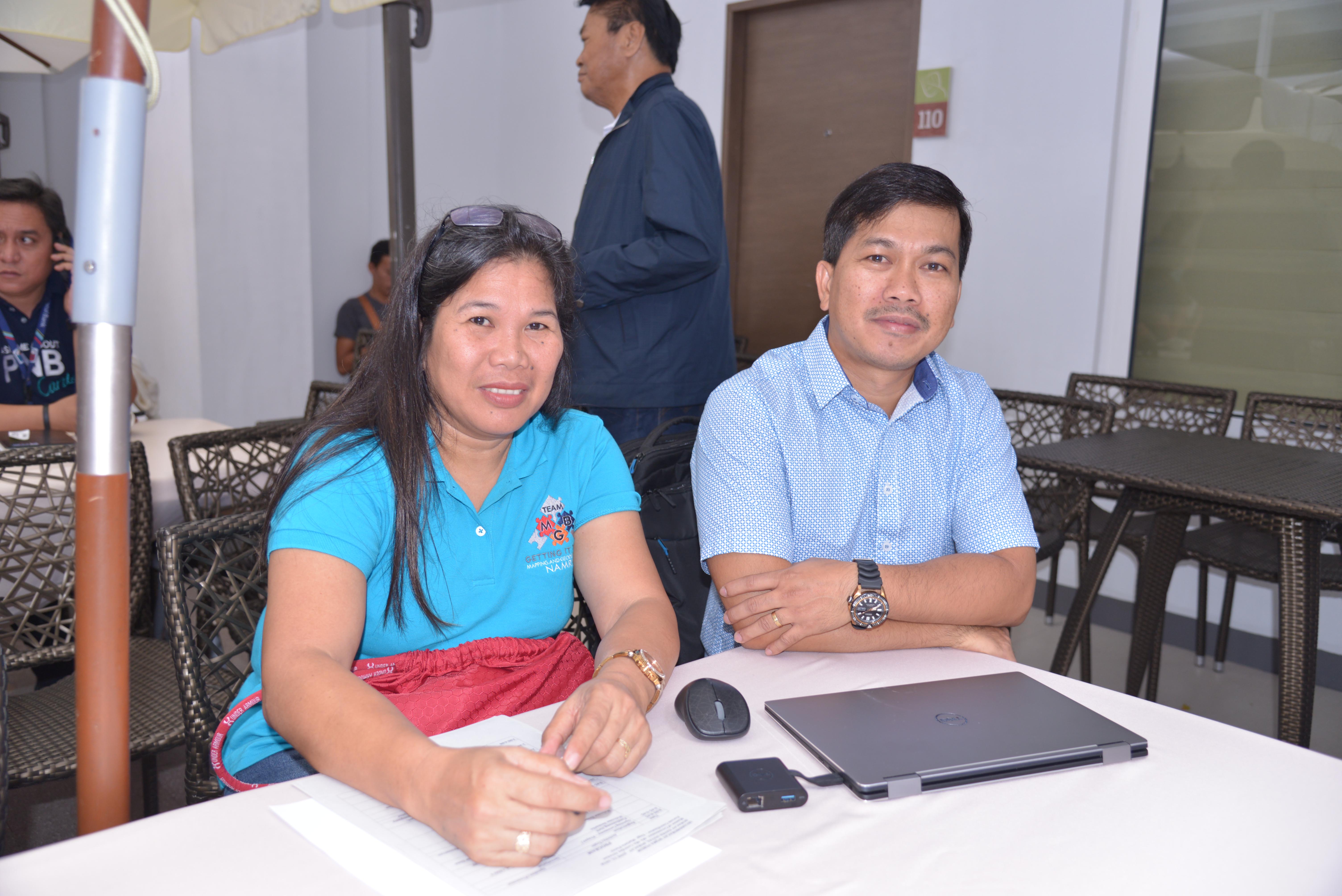 NAMRIA Engineers Yarre and Grafil pose for a picture at the forum.