The Bureau of Fisheries and Aquatic Resources (BFAR) and the National Mapping and Resource Information Authority (NAMRIA), with the cooperation of Philippine Coast Guard (PCG), conducted a three-day workshop on the demarcation of fishing areas in Southern Luzon and the Visayas Regions in Cebu City on July 19 – 21. 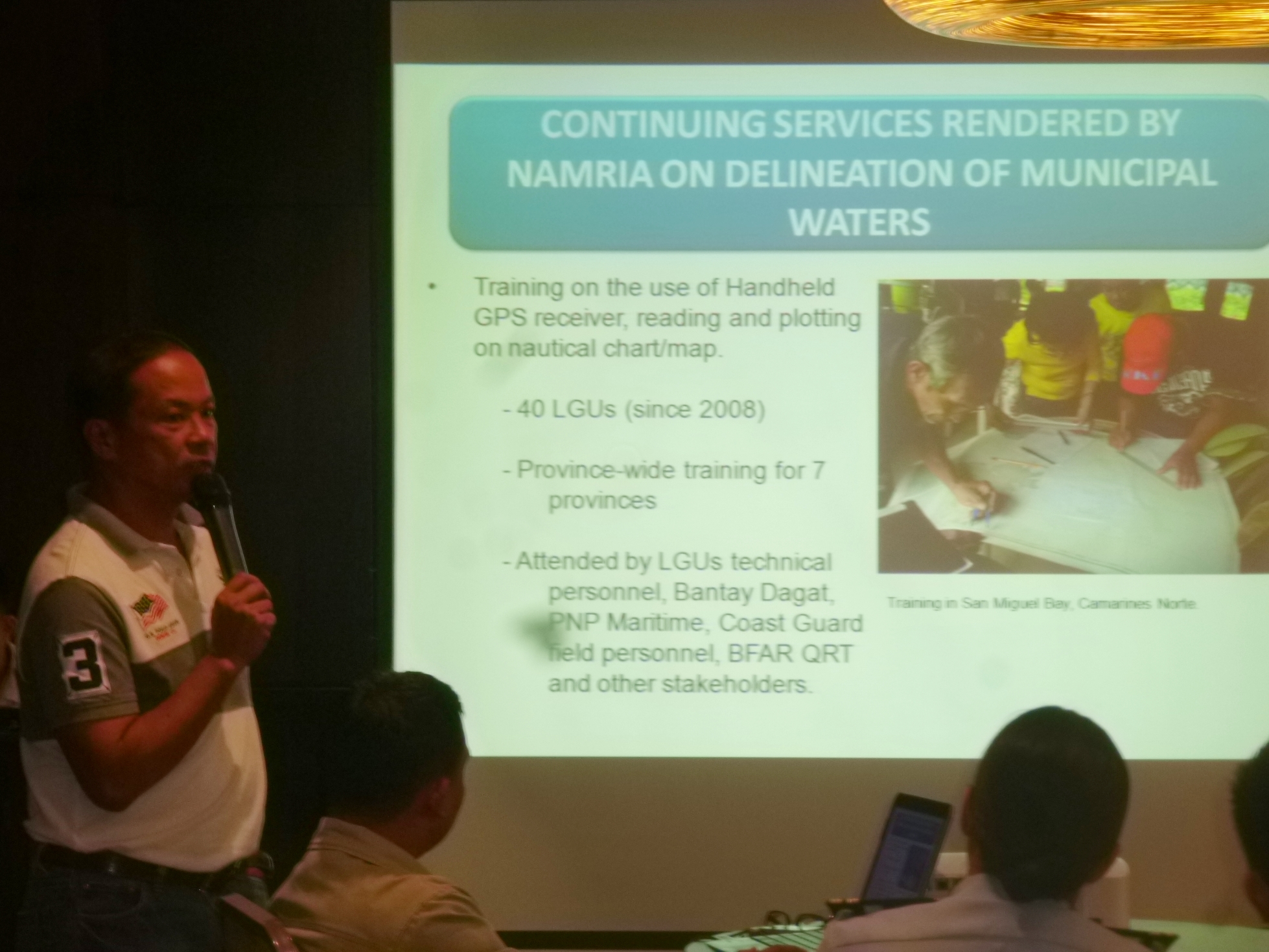 Workshop participants from BFAR, NAMRIA, PCG, and NGOs.
Mr. Andres Bojos, Director of BFAR Region 7, graced the event and Mr. Severino L. Escobar, Jr. of BFAR Central Office provided the workshop overview.
Engr. Princer discussed about the status of municipal water delineation/delimitation for the whole Philippines and, in particular, for the Southern Luzon and Visayas Regions. Representatives from BFAR regional offices discussed the status of fisheries in their respective areas. 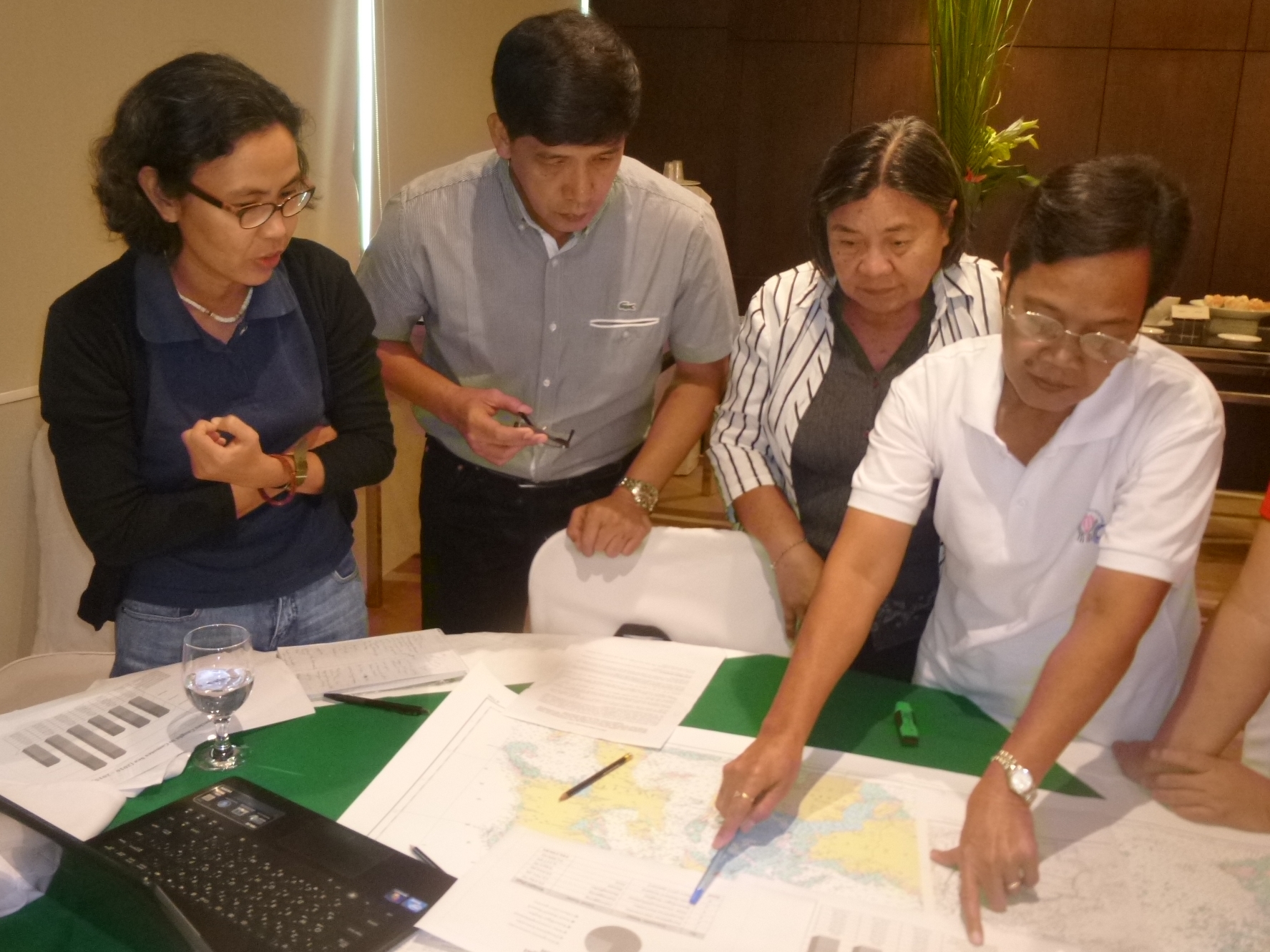 Cdr Rosalino Delos Reyes and workshop participants demarcate FMAs on Chart 4706.
Representatives from BFAR and PCG demarcated their proposed fishery management areas (FMA) during the workshop proper. They were assisted by NAMRIA representatives in plotting the proposed FMAs on nautical charts.
The workshop attendees deliberated on the proposed FMAs and finalized its boundaries. The final output of the workshop is the designated FMAs for Sibuyan Sea, Visayan Sea, Camotes Sea, Tanon Strait, Sulu Sea, Western Palawan Area, Manila Bay, West Philippine Sea, Leyte Gulf, and the Philippines’ Eastern Seaboard.
NAMRIA – Hydrography Branch will compile a special-purpose chart containing boundaries of FMAs that were finalized during the workshop.
NAMRIA, through the Hydrography Branch, is set to participate in the future workshops by BFAR so as to improve the fishery sector of the country through the development of maps and charts that will be used by the government and the common fisher folk.