BARKO NG REPUBLIKA NG PILIPINAS HYDROGRAPHER (BRPH) PRESBITERO, the survey vessel of NAMRIA through its Hydrography Branch completed in May 2015 hydrographic survey at the Port of Tacloban, Leyte.  The survey is part of NAMRIA’s contribution to the rehabilitation efforts in Tacloban, which is still reeling from the effects of Typhoon Yolanda. 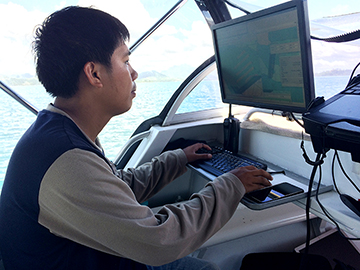 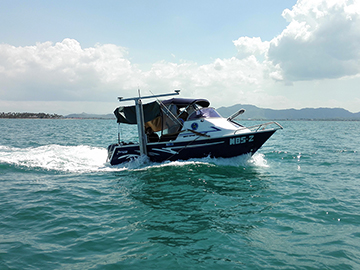 NAMRIA survey launch in action in Leyte
Aboard the survey vessel was a team of experienced hydrographers composed of eight commissioned officers and 27 enlisted personnel under the leadership of LCdr. John M. Labindalawa.
About 38 kilometers in length of coastline and 54.3 square kilometers of the sea of Tacloban and San Juanico Strait were surveyed.  Coastal topographic data, bathymetric data, and navigational data were some of the data collected during the survey period.
The collected data will be used to update nautical charts and publications covering Tacloban Port and San Juanico Strait to ensure the safety of sea navigation in the area.  The data may also be used by the government in disaster preparation, particularly in the preparation of hazard maps.
The survey vessel’s next assignment is the conduct of offshore survey in the Exclusive Economic Zone (EEZ) of the Philippines in the Pacific Ocean.  The survey is the continuation of NAMRIA’s thrust in mapping the country’s EEZ in the eastern seaboard. The first EEZ survey was conducted in the Benham Rise Region in conjunction with the Philippines’ submission of application for Extended Continental Shelf in the United Nations. 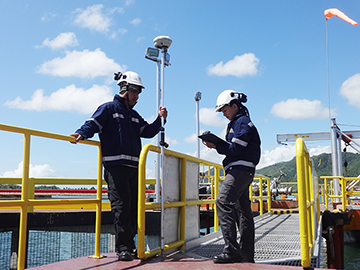